What is a user interface?
Sign up for Airtable for free
December 15, 2021
Why a good user interface can make technology more accessible for all.

A century ago, the exciting new interface was the rotary dial on a telephone. A lightswitch is an interface, as is a microphone, an abacus, and an ATM screen. Today when we talk about interfaces, we usually mean portals to another realm—the digital one. The interface is the way we command or interact with a vast range of digital experiences.

The goal of a user interface

There are all sorts of interfaces, plenty that don’t involve keyboards or screens. A voice-controlled interface (VUI) is just what it sounds like, meaning the user interacts with a machine through voice commands. (Think of Siri or Alexa.) Same for a gesture-based interface (GBI), where interacting with machines happens through the motion of your body. (Think Nintendo Wii and virtual reality.)

The whole point of this particular crossroads, the user interface, is for humans to harness machines to their benefit. Take a smartphone’s interface, for example. Calculating the dinner tip on your phone? Terrific. If the phone has a well-designed, effective user interface, new functions will be discoverable, learnable, and easy to use. You’ll feel encouraged to master more complex tasks—and will soon be using your phone to buy a car, apply to grad school, or run major marketing campaigns. 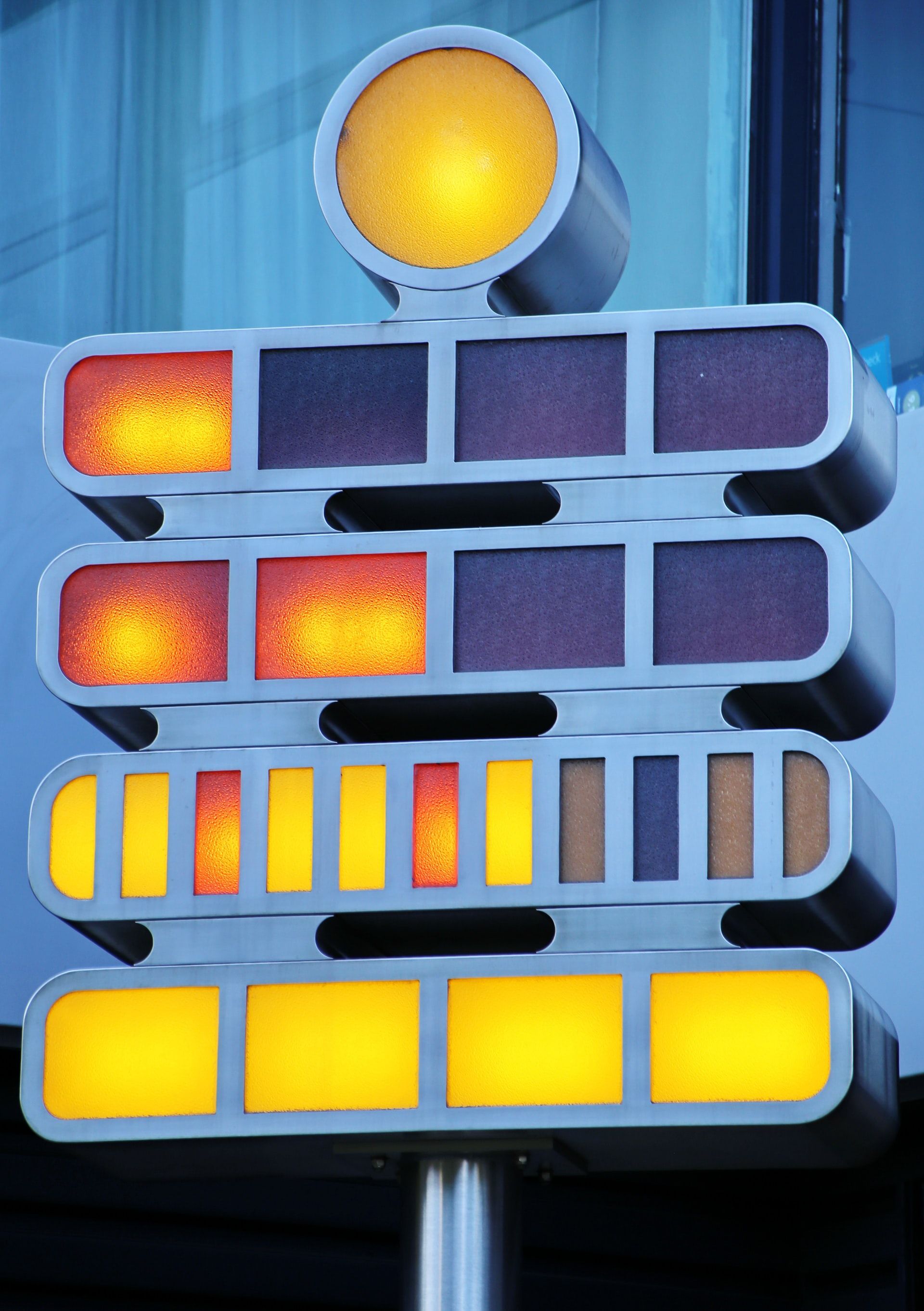 Why good user interfaces are critical in everyday life

Human-computer interaction pioneer Jakob Nielsen made a startling declaration last year: more than 90% of people still can’t use technology. Only a slim few feel empowered by computers, he said, operating them in advanced ways that help solve complex problems. Why? Because even 40 years after they were invented, computers are still too hard to use.

If computers existed simply for amusement (Borderlands 2, anyone?), this wouldn’t be a big problem. But computers are ubiquitous, and their usability is critical to most aspects of daily life, from schooling to voting.

When interfaces are usable, more people can use computers to their advantage. Which means more people can participate in public conversations, solve problems, and make good decisions about the services they want or need. In the business world, workers using computers and technology well gives companies a “technology endowment.” This endowment not only increases productivity but also propels the companies to an economic advantage.

Software shouldn’t dictate how a person works. Knowledge workers should design their own software and interfaces, letting them work the way they want to—meaning their computers are inherently more usable.

What’s the difference between user interface and user experience?

Human-computer interaction comes with its share of puzzling concepts and jargon. Even people who work in the area mix up acronyms like UX and UI.

UI means user interface. This is where humans and computers meet, and many aspects of UI focus on surface or visual elements like colors, graphics, and layouts. UI design is all about the way technology appears, down to the shape of checkboxes and the colors of button labels.

By contrast, UX—which means user experience—goes way beneath the surface. UX covers the whole arc of a user’s experience with a piece of technology, from pre-purchase impressions to their interactions with the product during its life cycle. What were the user’s first thoughts about the product? What were their expectations about it, and were those expectations met? Is the product designed well? A UX designer often asks: Is the product useful, usable, and delightful? What would make it more so?

The trash bin of computer history

To better understand UX and UI, it’s helpful to take a quick spin through the history of graphical user interfaces (GUIs). Using a GUI means a human controls the computer by clicking on icons and buttons instead of keying commands into a terminal.

Andrew Warr, Airtable’s Head of Research and an expert in human-computer interaction, says the world before the GUI was rather bleak. You sat down at your computer but instead of clicking a button, you had to remember a whole set of commands. Take the lowly Windows trash can. Before interfaces like Mac OS or Windows, trashing files meant you had to recall and type in something like rm -r "/path/to/root/directory”.

“The whole idea of being able to visualize something in graphics, showing the trash bin as a place to stash deleted files—it revolutionized the way we use computers,” Warr says. Similarly, low-code tools have taken a leap ahead by letting people create software without needing to learn complex computer languages. 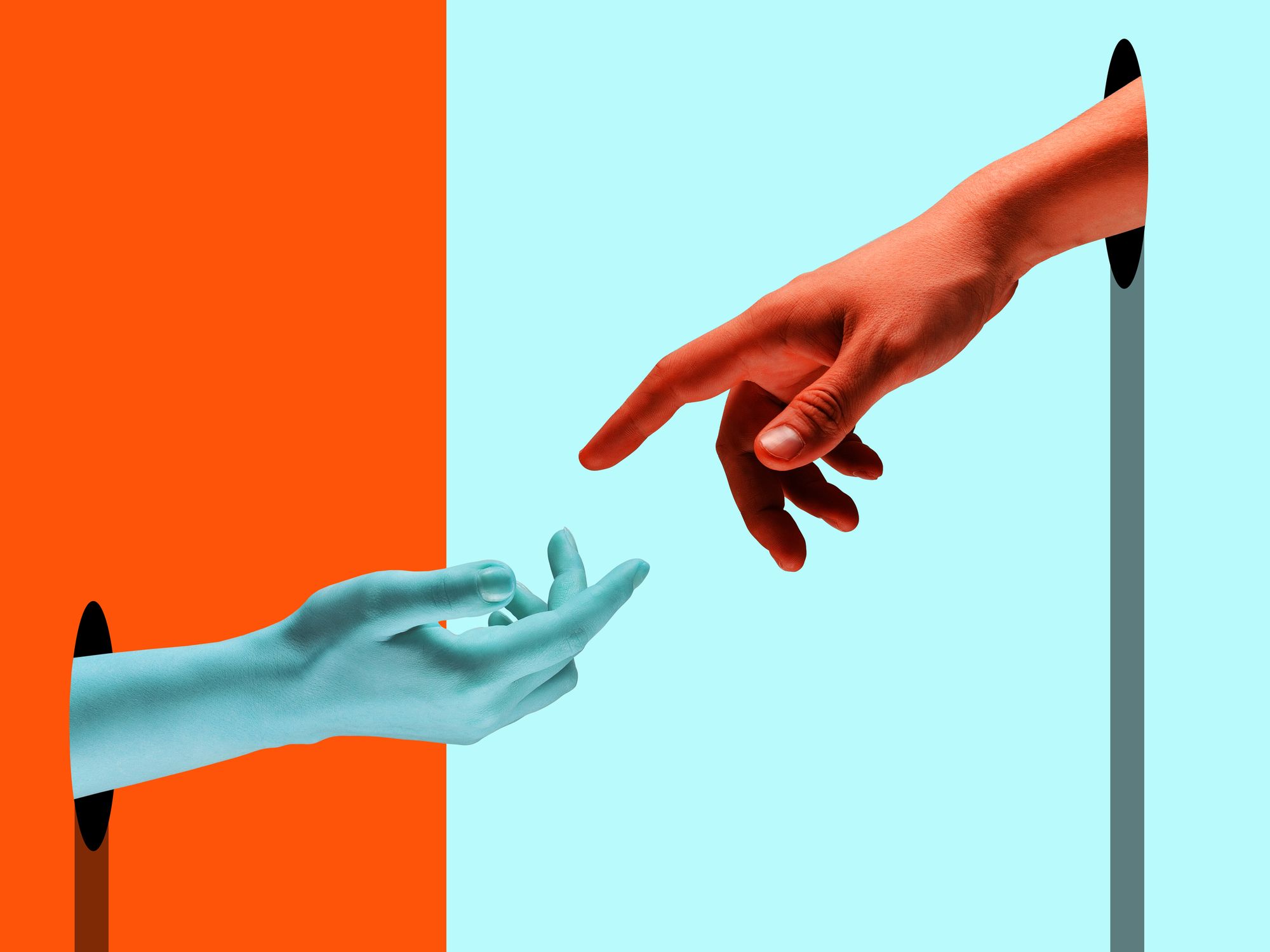 In the research phase of Airtable’s new Interface Designer feature, Warr and team studied the habits of hundreds of Airtable users, noting which aspects or features they found intimidating. An Airtable base contains fields, records, and different data types. Airtable has aspects of both a spreadsheet and a relational database. But using Airtable shouldn’t require learning a whole new set of terms and functions. Besides, learning everything about a tool before they use it simply isn’t how most people approach work.

Airtable designed an ultra-simple interface—a top layer that the user sees, which essentially hides all the complexities of the base underneath. It extracts away data and logical structure so that a person working on a project can only view tasks they should complete.

“Interface Designer lets us translate a data structure into something that’s much more intuitive. We’re really aiming to lower the barrier to entry [to using Airtable],” he says.

Another rule for creating great interfaces: don’t repeat yourself.

This popular programming principle was originally formulated by Andy Hunt and Dave Thomas in their book The Pragmatic Programmer: "Every piece of knowledge must have a single, unambiguous, authoritative representation within a system." In other words: if you change something in one place, it should change everywhere else, so your project has only one source of truth.

For Warr and his team, the “one source of truth” idea shows up in an Airtable feature like Sync, which lets you synchronize records from a source base to other destination bases.

3. Over-communicate about every state

In Warr’s view, the state of any system should be utterly clear.

Does the user seem lost? Was there an input error? Is there information missing to complete an action? Messages on all these fronts should pop up fast so the user can correct his or her behavior right away.

Most interactions with software should result in visual cues, which communicate the results of that interaction. If progress was made (or wasn’t), the user should understand that immediately.

A good user interface shouldn’t just be, as a baseline, cleanly designed, visually pleasing, and exquisitely tailored to the people who use it. (Though it should be all of those things.) It should also be so ultra-clear and inviting that it makes technology more appealing to non-technical people.

We want people to think more about what they want their app to look like—instead of how to technically make it or any aspect of writing code.

“We want people to think more about what they want their app to look like—instead of how to technically make it or any aspect of writing code,” says Warr.

The best way to understand how interfaces work is to build one yourself.

New to Airtable? Check out our beginner’s guide.

If you use Airtable, get started creating your own interface here.

More for the record
Taking a look back at all the way's Airtable changed this year.
Cut down on the 'work of work' by prioritizing the right tasks at the right time.
Power your team with Airtable.