Kevin Mitchell’s career in entertainment is all-encompassing—there seems to be little ground he hasn’t covered. After breaking into the music business as a disc jockey, he landed executive producer, management, promotions, and talent acquisition roles with several major record labels—ultimately winning a Billboard Award and managing four Grammy-nominated artists and producers. Overseeing recording and video projects, handling sponsorships, and setting up tours meant cultivating relationships in disparate elements of the business. 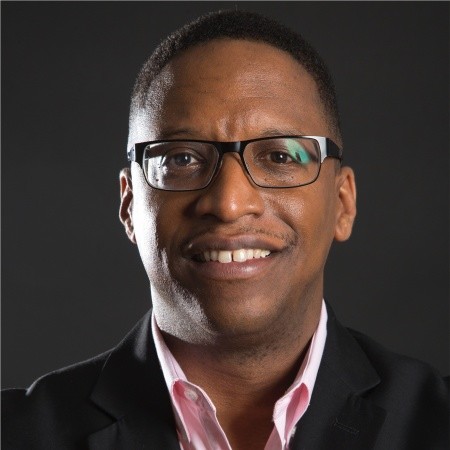 He honed those experiences and relationships into a skillset in converged media that led to consulting gigs, including one with National Amusements, a theater and mass media holding company based in Boston. Mitchell soon found himself working with the company’s senior management team focusing on business development—immersive experiences, emerging technology, trend analysis, and identifying growth opportunities for National Amusements.

Mitchell’s research led to increased awareness of virtual reality and esports—a massive marketplace in Europe and Asia, but a burgeoning one in North America. As Mitchell became interested in the opportunities presented by this vast ecosystem of pro leagues, high school and college competitions, and amateur tournaments, he became aware of a deficit of skilled employees with an understanding of the many aspects of the rapidly evolving space. To rectify the issue, Mitchell created an esports curriculum with Emerson College, a communications-focused university in Boston with a diverse, international student base. 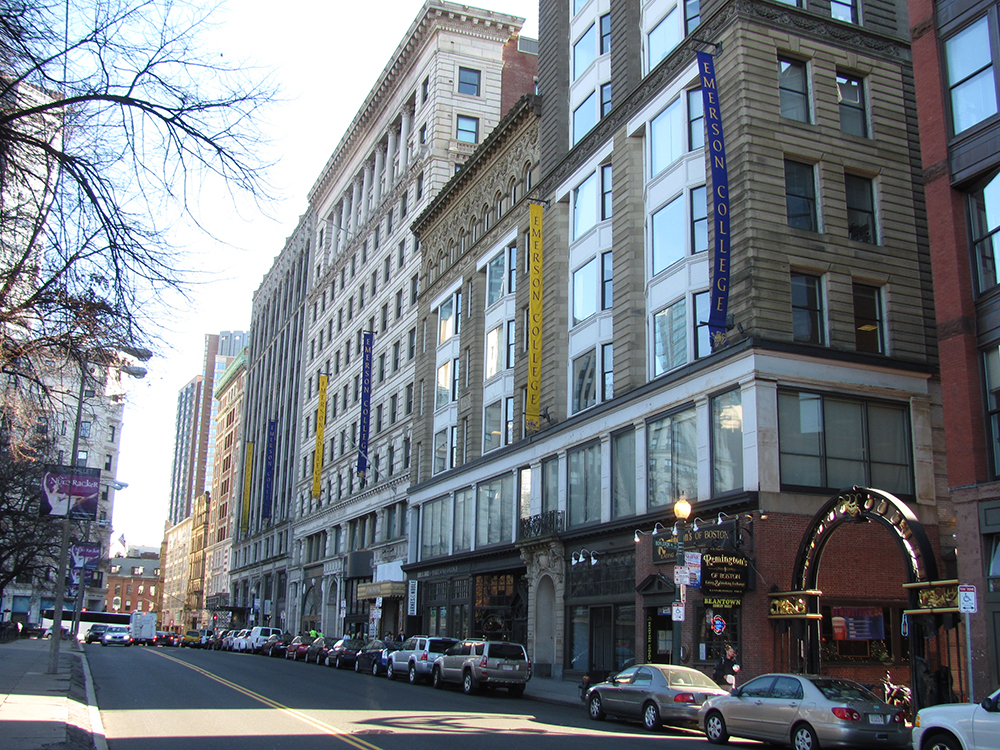 Mitchell quickly noticed that his students lacked firsthand opportunities to understand the ecosystem around esports, especially on the collegiate level. He founded the College Esports Expo (CEX) to fill that void. “The idea of the conference was to help the students to identify the entire ecosystem, to understand how it operates,” said Mitchell. “There wasn't anything like it that was available. There also was a huge need for companies to be able to train or to identify talent to hire upon graduation to help fill the need to supply all these emerging eSports companies with personnel.”

Introductory courses went well, buoyed by strong interest from the student body. Mitchell created a second course for students who had taken the entry-level course, but a university snafu failed to detail prerequisites, leaving Mitchell with—as he described it—“a fair amount of students with limited knowledge and understanding of the complexities of the ecosystem.”

Redesigning the course on the fly, Mitchell decided to incorporate the CEX into his curriculum to give his novice students hands-on experience building programs and learning the market. Organizing a conference with a highly inexperienced group of students meant dealing with the normal attendant issues, heightened by a significant time crunch. “Generally, when you do a conference, you try to start six months out. We literally started two months out!” Mitchell said.

Severe deadlines and significant moving parts necessitated seamless coordination between teams using a tool flexible and dynamic enough to keep up with the accelerated pace. Trial runs with Basecamp and Google Drive identified a lack of malleability. Excel spreadsheets could store data, but left themselves open to multiple variations and potential inaccuracies when passed around teams and teammates. A fortuitous LinkedIn ad introduced Mitchell to Airtable, which he used to quickly transform disparate information into one-stop repositories of information to govern the planning process. 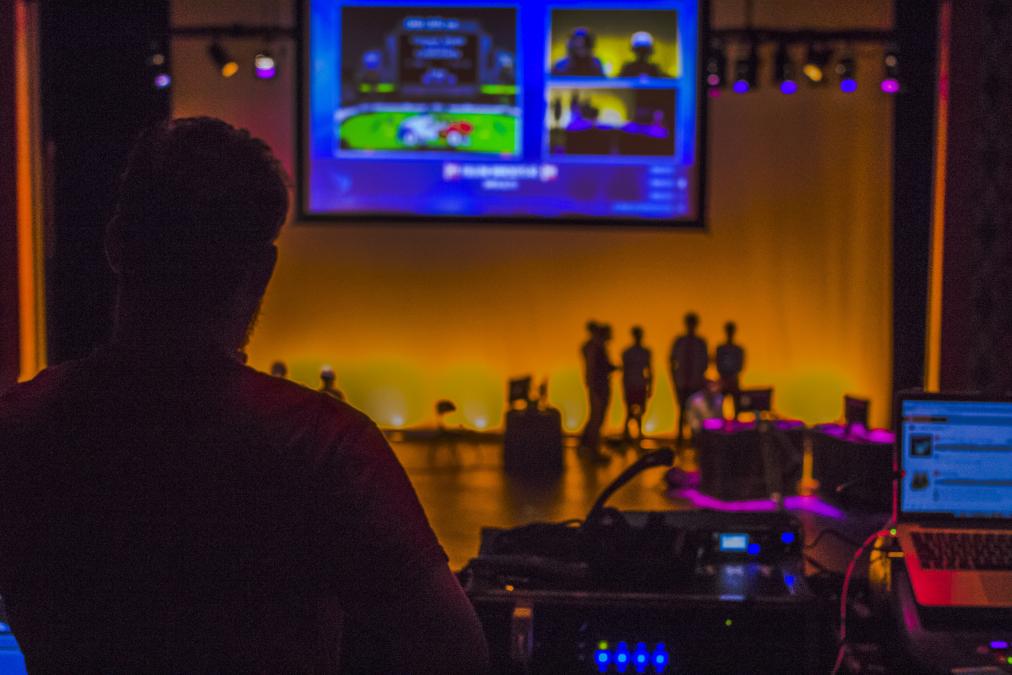 First, Mitchell divided the class into specialized teams for sponsorship, content, production, design/marketing, and programming. Next, he created a Department Outline base from an existing Word document to detail roles and expectations within the broader organizing process. Each team used Airtable bases as their central hub—Mitchell was pleased to find that each team could tailor information to their individual needs through views that eliminated extraneous information while still synchronizing with each other in real-time.

Mitchell then imported information previously confined to Excel sheets directly into Airtable for teams to slice-and-dice as needed. Some bases had a narrower focus—one contained an event plan and budget, sub-dividing tasks by department and incorporating customizable field types to best display the corresponding information—such as a checkbox field to denote completed tasks, or a date field for due dates. Mitchell and his students then set up a table to lay out features and schedules for each of the two separate venues hosting the event. “Laying everything out in Airtable was very helpful for spacing, and to get everyone to understand what the production needs were,” he says.

A table based on how the CEX team organized their event plan and budget. Names and other sensitive information in this table have been redacted.

Mitchell also created an ever-expanding master base that stores everything from a list of esports companies (with company names, locations, single select categories to denote company type, and notes on each company) to esports teams, professional teams, industry contacts, and media coverage.

A simplified version of the base linking together esports companies, professional teams, players, and games. Linked records allow students who are new to the industry to get a holistic overview of the esports ecosystem.

While the compressed timetable meant minimizing experimentation during the organizing process, future CEX use cases revealed themselves throughout. Mitchell has compiled and stored lists of sponsorship targets and tastemakers in Airtable to invite to future CEX events. He has designs on using a base to store robust participant data, as well as to manage RSVPs.

Like his career in entertainment, Mitchell continues to diversify—new forays into esports include the Ivy Esports Conference, a new collegiate esports conference comprising all Ivy League schools (in which Mitchell is co-commissioner), as well as the Esports Institute, the first research network for esports academics. No matter what the endeavor, Airtable has become a fundamental part of his toolbox, offering the flexibility to meet his needs in a rapidly-evolving space.

Sign up for Airtable for free
More for the record
To bring the best possible people onto your team, you need to find ways to cut through the noise and make decisions based on the best information available.
cred, a specialized agency focused entirely on events, uses Airtable to connect passionate speakers with the best speaking opportunities for building their brands.
Power your team with Airtable.