Military veterans evacuating allies from Afghanistan turned to Airtable for help
Sign up for Airtable for free
November 11, 2021
For Team America Relief, a group of veterans and civilians working to pull people out of Afghanistan, every second counts—switching to Airtable’s no-code platform saved them more than 400 hours a month.

When Taliban forces took control of Kabul on August 15th, former Air Force Combat Advisor Rob Thelen began hearing from people on the ground who were searching for a safe haven. Thelen was previously stationed in Eastern Afghanistan. As a veteran living in the United States, he watched the news in horror as gunmen entered the capital, President Ashraf Ghani fled the country, and America abandoned its embassy. He’s not someone who can sit idly by, so he set out to find an organization that was working to evacuate American allies, that’s how he found Team America Relief.

Team America Relief is a grassroots group of volunteer veterans and civilians doing what their military training taught them to do—leave no man behind.  They’ve been dubbed a “Digital Dunkirk”, this group of volunteers mobilized an effort to bring people to safety. When Kabul fell, the images that surfaced in the days that followed were the stuff of nightmares: babies being passed over barbed wire fences, and the deep desperation that drove some to cling to the outside of C-17s as they pitched toward the sky. As the chaos in Kabul grew so did messages in TAR’s inbox, filled with cries for help.

“The situation for a lot of people is very, very desperate, it's not getting better, there's no fairytale ending. We actually oftentimes have to deal with the PTSD that we may be the last people that some of these individuals talk to,” he said. 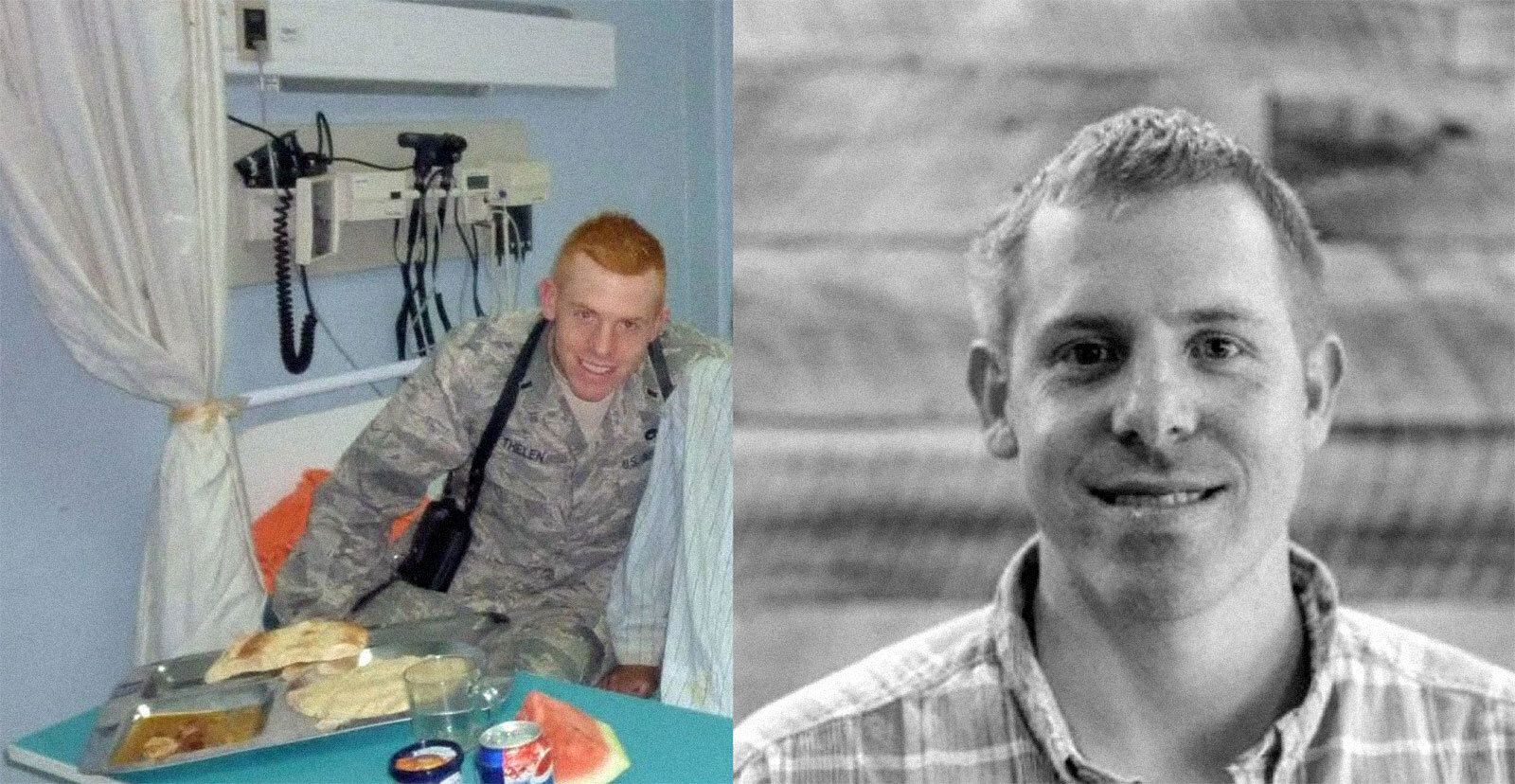 While stationed in Eastern Afghanistan Thelen led a 12 person team in training, mentoring, and advising the Afghan National Army. Which is why this current effort is so personal to him. “We had three to five interpreters on our team and our interpreters were critical because they helped us really understand Afghan culture. They want to know about your life, your family, and vice versa,” he said.

Today he works as the CEO and Founder of ROWND, a data privacy startup. ROWND plays a critical role in data privacy as it gives Afghan citizens the ability to go into the system at any time and redact their information. “There were some people who were very afraid, that the data would fall into the wrong hands. So they would only give it if there's an opportunity for them to go in and redact it,” Thelen said. Thelen says one in five Afghans have gone in and redacted their data. In the future when they feel safe and ready all they have to do is click another button to turn the data back on.

TAR realized early on that getting people out of Afghanistan would be a data dense endeavor. It requires connecting individuals and families to The U.S. State Department, immigration lawyers, and volunteers who can tell them what paperwork is needed to get to an airport, or prove they helped the United States during this 20-year-war. Divulging this information in a country now run by the Taliban can of course be dangerous, so for many Afghans sending this information to TAR is their only hope. 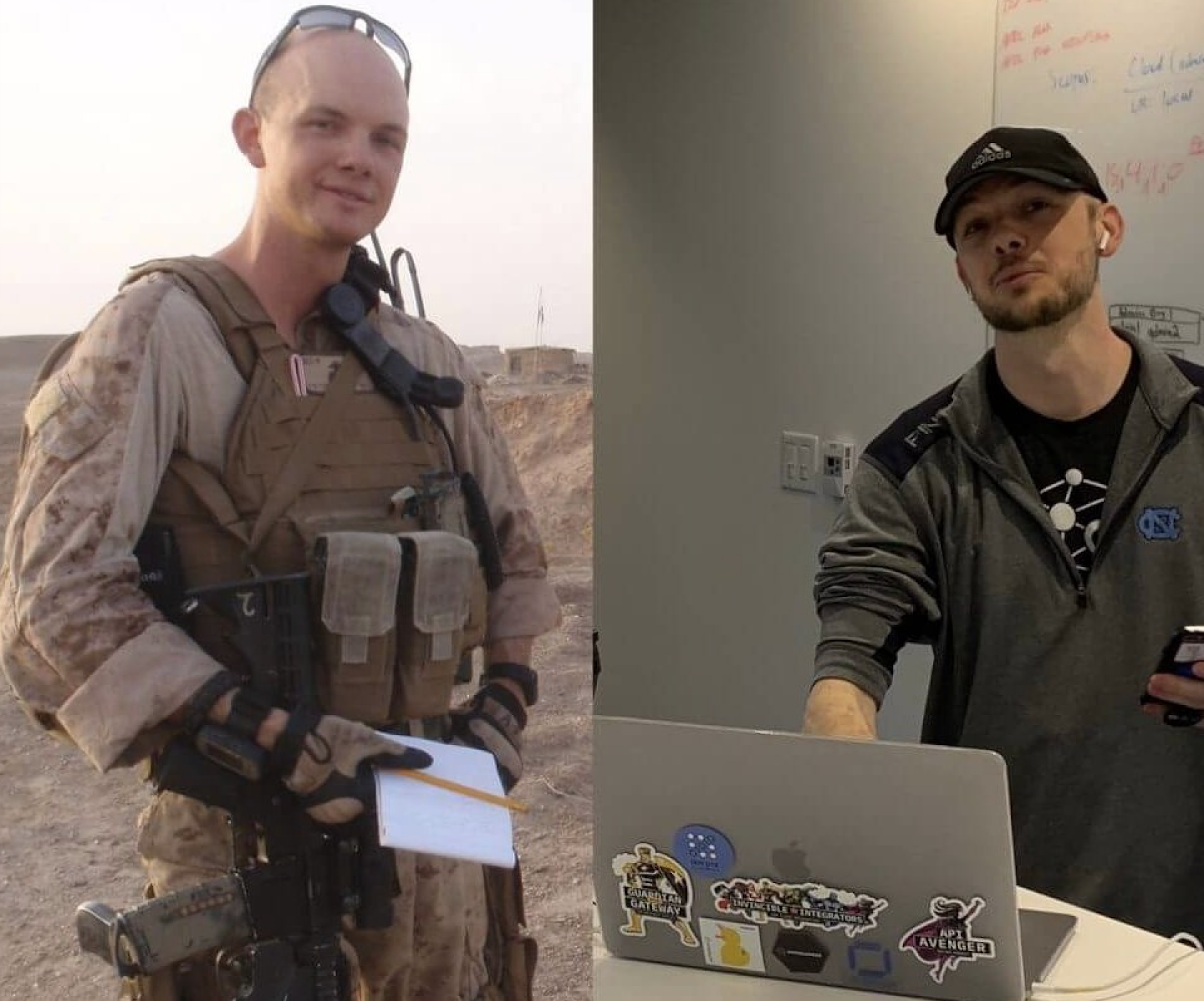 “The vast majority of the people who were left in the country had to burn their documents, so when we talk about a single source of truth this could be the only source of truth,” Thelen said.

In the height of the chaotic volunteer effort to bring people home, this team received up to 800 emails an hour. So they decided to create an intake system that could handle a high volume of disparate requests, making it easier to see all of their data in one place

“It started off as just a normal Gmail account. The early team got a few victories and all of a sudden there were hundreds, if not thousands of people emailing saying, ‘Please help me, we're trying to get out of the country,’…The emails were concise, and devastatingly desperate,” Thelen said.

Initially, the team took these emails and populated them into Excel with links to Google docs, but finding specific information in that spreadsheet was time consuming. There were too many rows of data, and no easy way to create customized views. On top of that, the information wasn’t being updated in real time. They considered using a different form tool, like Typeform, but it didn't solve their problems navigating and updating their database. This disparate system was slowing them down, until another volunteer suggested migrating everything to Airtable.

“One of the biggest advantages of Airtable over both Typeform, and Google Sheets is its ability to upload multiple documents all at once. So, what we found was that the data coming in was just so much cleaner,” Thelen said.

The team utilized Airtable’s scripting automations, which are simple custom lines of code, to bring 5,000 images from Google Drive into Airtable. “It moved them all over in minutes... that was like two lines of code and it was done, that's really, really powerful.”

Most of the data they’re receiving comes in through a simple, customized form that TAR created with Airtable and embedded directly onto Team America Relief’s website. People seeking help can fill out that form and the information is directly imported into their Airtable base.

Next, they unlocked the power of customized views. When you’re getting thousands of pieces of critical data dropped into a form daily, the ability to limit the information that different viewers have access to is key, not just for protecting people’s information, but also for avoiding overwhelm.

Previously in Excel they had 4,500 rows, each one provided information from an individual or family asking TAR for help. Passing that spreadsheet along to a volunteer and expecting them to understand it, “is impossible, it's overwhelming,” Thelen said.

Thelen says that without Airtable, they would’ve needed volunteers solely focused on data entry. Instead they have been able to recruit specialized volunteers to perform critical tasks like offering legal assistance, or coordinating travel, rather than asking people to simply move documents in and out of spreadsheets for weeks. “We would have had to manually move over 5,000 documents. I'm sure that we would find volunteers to do it, but that probably would have taken at least 50 to 100 hours of people going through that with a pretty high error rate,” Thelen said.

“I bet you it saves us probably an hour per case, so over the next month or two as you go through these cases we're looking at like 400 to 500 hours, that we’ve saved, which is just crazy,” Thelen said.

These efficiencies can be the difference between life and death. “One misspelling, one wrong number, not having one document could mean the difference in someone getting a visa stamp and being turned away at the airport,” Thelen said.

When all of this started, concise, panic-stricken emails were keeping him up at night. But with this system in place, he doesn’t wonder if they can make a difference, he knows they are.

“Having that single source of truth is critical. When it was in Google Sheets I didn't sleep at all, but now that it’s all in Airtable and that we’ve turned off Google Sheets it makes it much, much easier to sleep at night,” Thelen said.

While this story may slip out of the daily news cycle, there are thousands of people still waiting for help. Thelen knows Team America Relief has years of work ahead of them, but with this system in place they will bring more people to safety much faster. “Although the military mission in Afghanistan has come to an end, our mission is just beginning. We want to make sure that the promise is upheld.”

More for the record
Calling all admins! We’ve made updates to help you manage users and ensure security as you grow.
Today’s marketing teams need to be more innovative than ever—our ebook explains how no-code apps can help.
Power your team with Airtable.