On Airtable Universe, people from all walks of life can showcase their passions to the whole world. Every month, we profile one of our favorite Universe bases.

Crafting any great product takes lots of iteration, and board games are no exception. Putting together a fun and engaging board game requires lots and lots of testing with real people—even before the rules are fully realized.

Game designers Randy Lubin and Nick Punt put together an all-in-one template for tracking board game playtests, which they've since published on Airtable Universe. We sat down with them to talk about their base, their design process, and their advice for aspiring game designers. 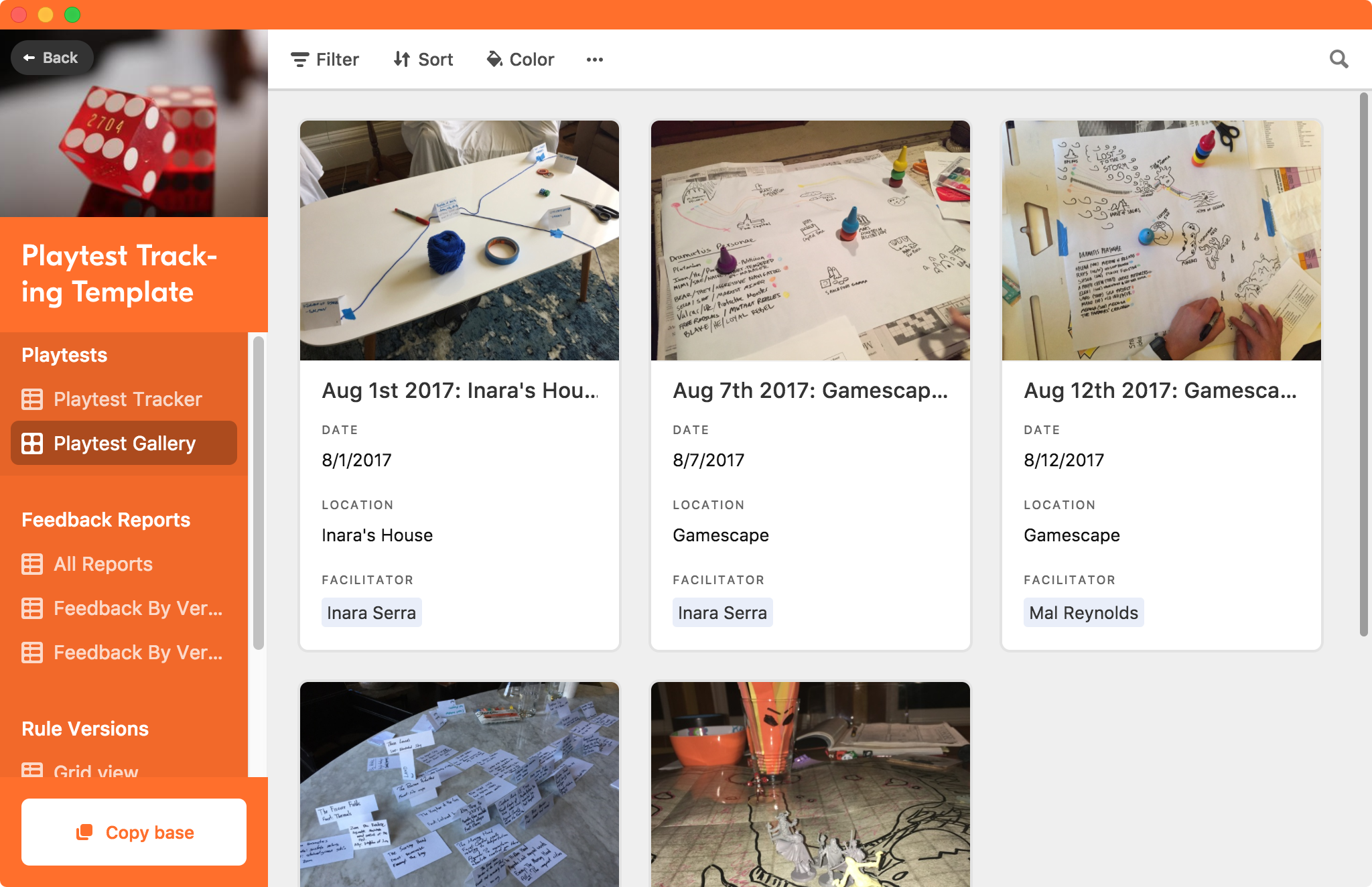 Explore Lubin and Punt's playtest tracking template (and make a copy for yourself) on Airtable Universe. 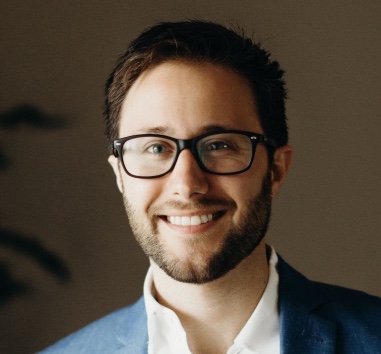 What do you use Airtable for?
I'm using Airtable in many different ways: project management for games I'm designing, tracking games I own and have played, sorting playtest feedback, organizing startup ideas, and more.

Tell me more about the story behind this base. How did you come up with the idea? How long have you been using it?
Nick and I were talking about the ways we track playtest feedback and manage the game design process. We were surprised at the lack of templates available and decided to create our own. I've been using our system for a few months now.

More generally, what process do you use to design games?
My processes starts with generating tons of ideas and then testing different permutations. I try to playtest as early as possible, usually before the full rules are written down. From there I keep iterating and observing what works well. As a game matures, I'll release a free draft of the game and ask folks to provide feedback.

Lately I've been taking a stage-gate approach where I iterate on multiple designs in parallel. At each stage of the design process I'll select the best candidates to keep refining and will occasionally fork them into different variants.

How did you get into game design? What are your recommendations for people who are interested in getting into this field?
I started making storytelling games because I couldn't find an existing game that had the experience I wanted. Since then I've found an amazing community of designers in San Francisco and we're frequently playtesting each others games – having a community of designers is so important!

Other advice: test your game as soon and as often as you can; start with as few mechanics / features as possible; test with diverse groups of players; share your games widely to get feedback; find or build a community of designers; find game jams and contests and use them as an excuse to publish something small. 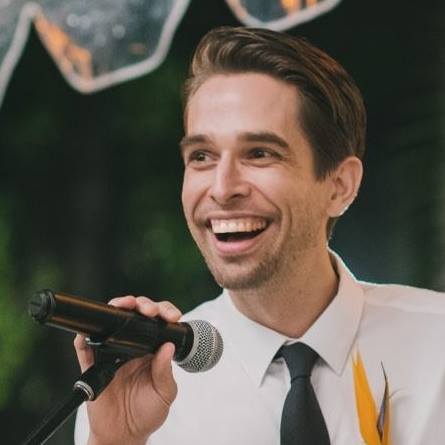 What's your occupation?
VP of Product at OneSignal.

What do you use Airtable for?
I use Airtable as a thinking tool, to organize thoughts, catalog, compare/contrast, link ideas, etc. Airtable is like an external brain for me.

Tell me more about the story behind this base. How did you come up with the idea? How long have you been using it?
I was using Airtable for my storytelling game Generations, creating a list of cards to create, gathering ideas, tracking rules and linking those to playtests, etc. I talked about how I was using Airtable with Randy, who's got many more irons in the fire game-wise and runs a lot of playtests. Then we talked about making a generic playtest tracker from there.

More generally, what process do you use to design games?
Designing a game is all about testing and iterating. The genesis of a game can be a theme, a particular experience you want players to have, an interaction or mechanic you like, an artifact you want users to have at the end, whatever. From there it's typically about finding and iterating on a core game loop, which is the basic unit of play and interaction. After that you layer in more complexity with additional mechanics or rules to flesh out the experience.

Designing a game is all about testing and iterating.

During design it's important not to get too wedded to a particular conception of the rules, because there's almost always many possible directions a game can go in. As you playtest, you may realize the path you're on isn't working, and that's the time to explore the other directions you can explore in the possibility space. Keeping track of insights and lessons learned is thus pretty important, especially if you're doing playtests infrequently. Eventually, as you start to hear the same things over and over again in playtests, you know you're either done if you like the feedback, or need to shake things up if you don't.

And how did you get into game design? What are your recommendations for people who are interested in getting into this field?
A long time ago I was a video game designer at Pandemic Studios, but realized I liked games more as a hobby than a career, and more as an in-person social activity than as a screen-based activity. Anyone who's interested in designing games should start by playing a lot of them, connecting to the community, and just going out and doing it. Games are a young and vibrant art form that aren't as weighed down by convention as other art forms, and it's very fun to be a part of something so dynamic. There's still a lot of discovery to be done in how to structure play and interaction, and you can tell what's happening in games today is really laying the foundation for the experiences we'll have in the future, especially in things like augmented reality.

More for the record
With just a few steps, you can build a CRM directly into your existing Airtable project workflow—and immediately start reaping the benefits of having a single source of truth for your relationships and your projects.
Video equipment doesn’t come cheap, so you don’t want to return rentals late or forget an item at the last minute. Avoid any expensive mistakes or delays by filling out a quick Airtable base with color-coded assignments and pickup/dropoff calendars.
Power your team with Airtable.