Esports is officially a global phenomenon. Long popular in parts of Asia, organized online gaming has spread worldwide to encompass an ever-growing number of games, leagues, tournaments, and conventions. Fueled by live-streaming sites like Twitch, it is easier than ever to watch the best in the business compete anywhere in the world, and more and more companies are getting in on the action. 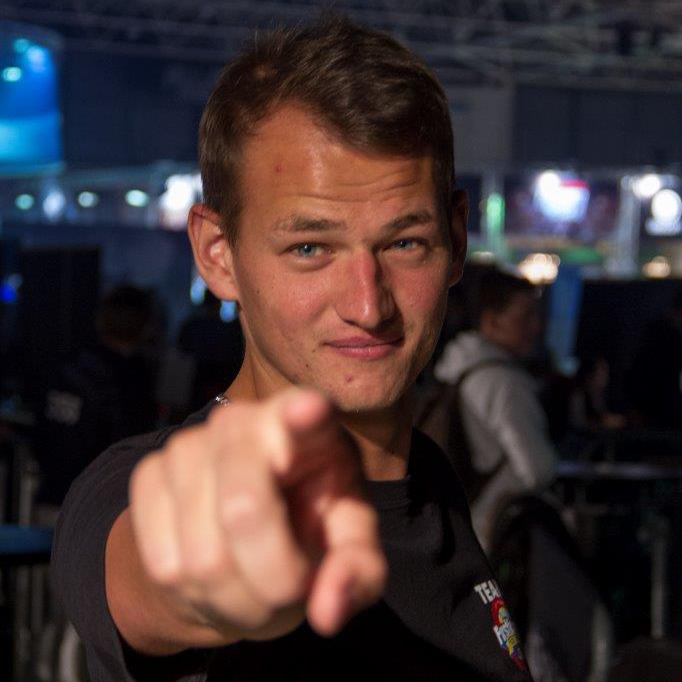 Sjaak Kuil is intimately familiar with all aspects of the gaming ecosystem. Introduced to the thrill of esports competitions after a college internship with Blammo Media, the largest gaming media and event producer in Belgium, the Netherlands, and Luxembourg (Benelux), Kuil began hosting his own on- and offline tournaments. They quickly proved successful, encouraging him to found his own business, the grassroots esports platform Esportswall.

As Esportswall blossomed, new, diverse opportunities within esports presented themselves. Kuil branched out by creating the City League, an esports league in which teams compete in physical event venues. He's also the head producer for Firstlook Festival, the biggest gaming event in the Benelux region. Each project, whether it's online, offline, or somewhere in between, presents its own challenges—and Airtable has the power and flexibility to handle them all.

How did you get into esports and esports events?

After my internship, I wanted to create the esports experience for everyone, regardless of their skill level: the excitement of people watching your games, the pressure to perform, the reward afterwards. This could be done for every kind of game, and I met lots of people who wanted to contribute to these events. I started hosting tournaments every evening for all kinds of games, and soon realized that I had to create my own platform to grow this hobby into a business. Together with some great developers, we created a grassroots esports platform named Esportswall.

That's awesome. Could you tell us more about Esportswall and your other projects, City League and Firstlook Festival?

Esportswall is essentially a playground for amateur and semi-professional gamers. It offers multiple online tournaments every day for players to join, focused on both team and solo play. Players can earn in-game rewards, including an on-site currency called “Stones,” which they can spend in the Esportswall store.

City League is a unique online league format built on physical esports venues. We just started our first official season! Each team competes in their local venue, representing their city and venue in a live-streamed fight against every other team. Fans can watch their heroes play in person or livestream matches Thursdays and Sundays on Twitch.tv. We’re starting up with eight teams, then doubling that amount next season. After that, we aim to create different classes and expand to other games and regions.

I wanted to create the esports experience for everyone, regardless of their skill level: the excitement of people watching your games, the pressure to perform, the reward afterwards.

Firstlook Festival is the biggest annual gaming event in the Benelux, welcoming 25,000 gamers to the Jaarbeurs in Utrecht to play the newest games, meet cosplayers, compete in esports events, and much more! I help produce the event, including acting as facility and logistics manager, and am the main point of contact for all exhibitors. It will focus on more esports than ever this year, which is exciting. 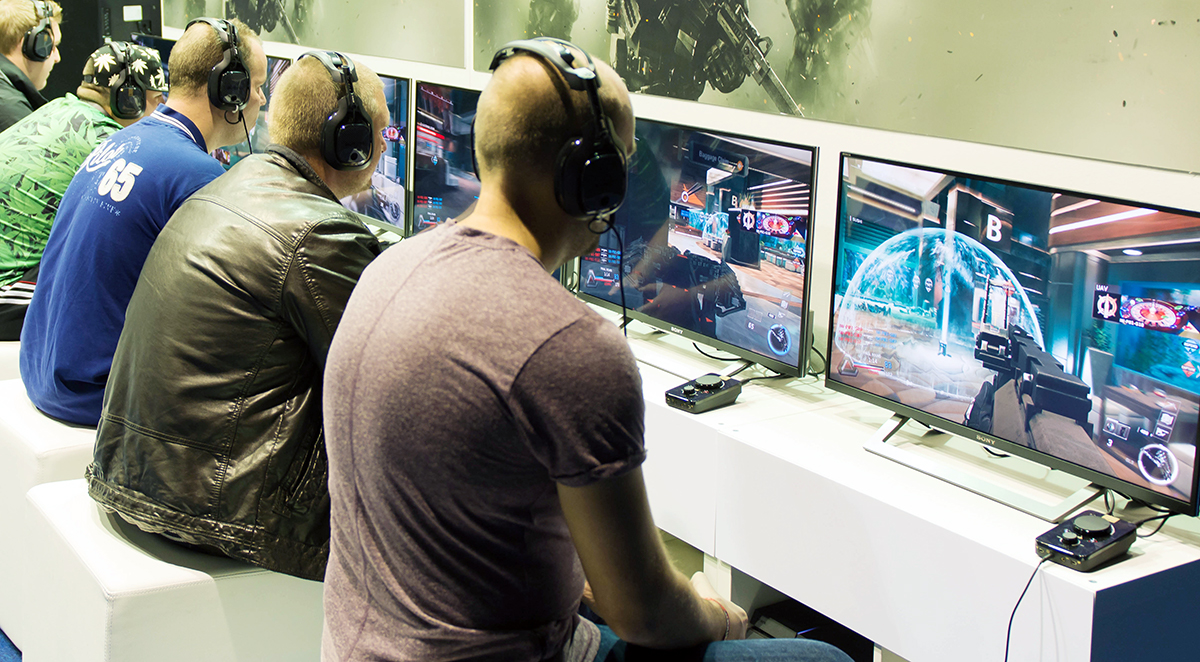 A group of gamers at Firstlook Festival.

That’s quite the slate! What makes your organizations unique?

Esportswall looks to give amateur gamers the full esports experience: articles, livestreams, interviews, and more. The platform makes the world of professional esports one step closer for those who dream of becoming an esports athlete.

City League creates a connection between local physical venues, gamers and partners. This powerful triangle results in an interesting model where local gaming heroes are emerging out of the blue. Players are stoked to represent their city, venues see an increase in visitors, and bars and clubs have been restyled into true esports heaven. City League is creating a business network for all these clubs and partners, who can reach a European-sized audience while simultaneously growing these esports clubs locally.

That must create some logistical challenges.

There are many people involved with these different projects. We’ve managed to share features and roles well, but for some projects you just want some extra features.

It always comes down to data management. Who can access what, at what time? Our databases were all over the place and no one really knew where everything was. It was also unclear who was really involved in a project, and who needed what piece of information. 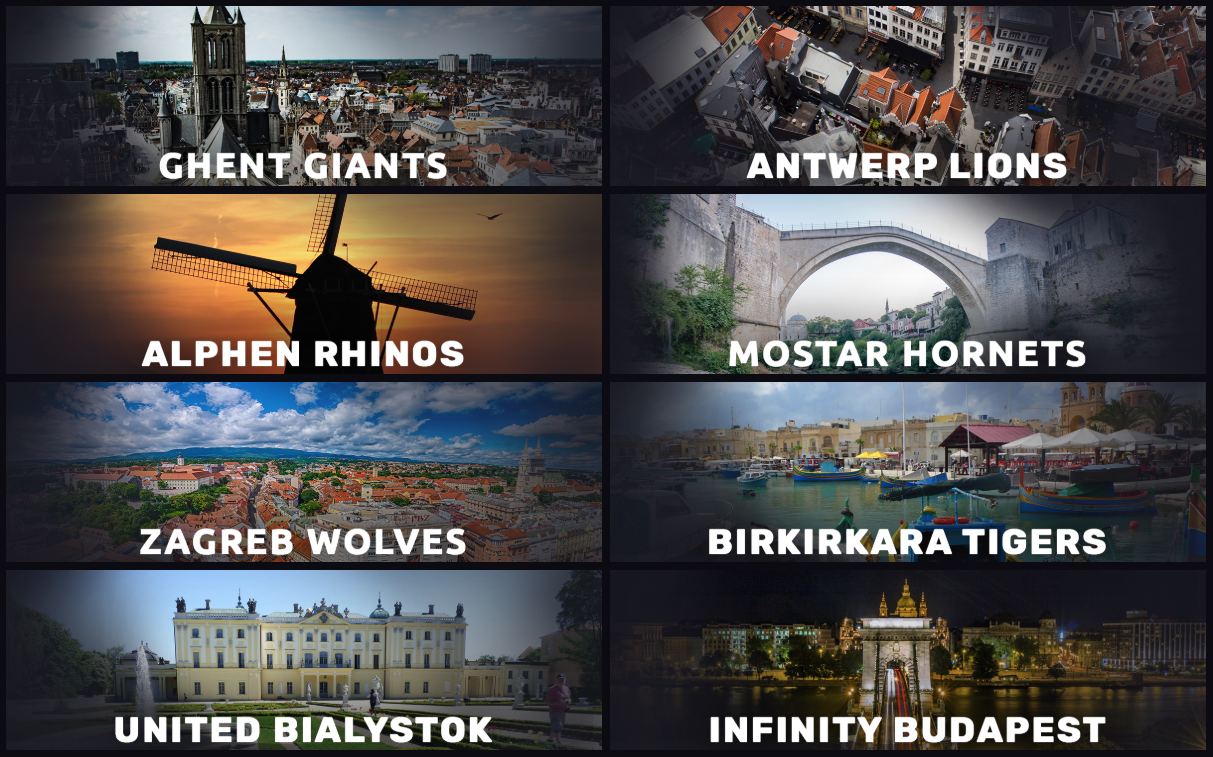 The clubs of City League are spread out all over Europe. Production for City League Season 2 is currently underway and set to kick off on Sept. 20.

Understandable. So how did you discover Airtable?

As an esports enthusiast, I’m a big fan of new technologies. I try a lot of different things to see if they work for me. The goal is to speed up communication, create clear overviews, and make life easier in general. If they do those things, I share them with colleagues.

I stumbled on Airtable while looking for ways to improve communication. It was a big switch for me and my team, but I decided to try it out since it seemed very trustworthy and stable. My team went along, and we are very grateful for the change that we made.

How do you and your teams use it?

Esportswall uses Airtable mainly for quarterly planning: determining who is going to do what, when. The easy tools that Airtable provides, such as the checkbox field, help make things easier for everyone within the team. When someone finishes a task, they tell the rest of the team just by clicking one button.

As an esports enthusiast, I’m a big fan of new technologies.

For City League, we use Airtable for nearly everything in day-to-day business: a player database, league standings, match schedules and media planning. It’s also a place where social reach is calculated and stored, and where important media partners are listed. This way, all the information that we need is easily accessible for everyone within the City League workspace!

Firstlook Festival is a busy place in Airtable. Last year, with the WESG (World Electronic Sports Games) Benelux final, there were dozens of online registered gamers that had to be brought in. We used Airtable to make sure all the players were in one database. Each entry included passport copies via attachment fields and phone numbers, and it was very easy to use. Again, checkboxes helped a lot, because it was very clear when a player had arrived, or when a player still had to come in.

We also used Airtable to make detailed match schedules for every day. The Firstlook Festival workspace also features a guestlist, information about equipment, and a database with qualified teams and all their information.

A redacted and simplified version of the Airtable base used to organize the WESG Benelux final at Firstlook Festival. Player names, nicknames, and BattleTags are all fictional.

It saves us a lot of time. Airtable allows us to combine piles of information to make one clear database with everything that we need. This means that we do not have to search for our information: it’s all there. The time we save can be used to do other things for the business: talking to interested parties, drawing up new concepts or—importantly—taking some time off!

Sign up for Airtable for free
More for the record
It's intuitive that a work environment where employees feel connection and loyalty towards their colleagues is less likely to see turnover.
Views are critical for the success of large teams using Airtable. Here's our expert list of best practices for view creation and maintenance for large teams.
Power your team with Airtable.