A skipper charts a new course
Sign up for Airtable for free
October 13, 2021
With help from Airtable, a sailor reinvents himself as a low-code developer.

Who doesn’t dream of whiling away hours aboard a sunny yacht, navigating earth’s most scenic coves? Marco Mendes was the skipper of such ships.

For years, he steered vacationing families through islands in the Caribbean, Mediterranean, and elsewhere, spending as long as 10 weeks jumping from charter to charter skippering luxury catamarans. It made sense for Mendes, whose early years were particularly aquatic. Born in South Africa, he and his sister—children of sailors—were home-schooled on their parents’ boat.

Yet he can recall the precise hour in 2020 when he knew his time in paradise was up. He was running a sailing school in the British Virgin Islands when a COVID lockdown had him literally marooned—stuck for two months with boats docked and ferry terminals closed. He couldn’t get back to Lisbon, where he lives, nor could he visit family elsewhere.

In the summer of 2020, he hitched a ride on a vessel bound from the Virgin Islands to Athens, where he worked his way back to Lisbon. The isolation of the long boat ride gave him time to reflect. Sailing is thrilling when it’s a leisure pursuit. As a career, it’s a grind. He found himself personally and professionally unmoored.

He found himself personally and professionally unmoored.

“I was pretty tired of doing it all,” says 26-year-old Mendes, who earned a degree in economics from the University of Cape Town but then worked only sailing and kite-surfing jobs. “I stepped back for a moment. Is this where I see myself in 10 years?” 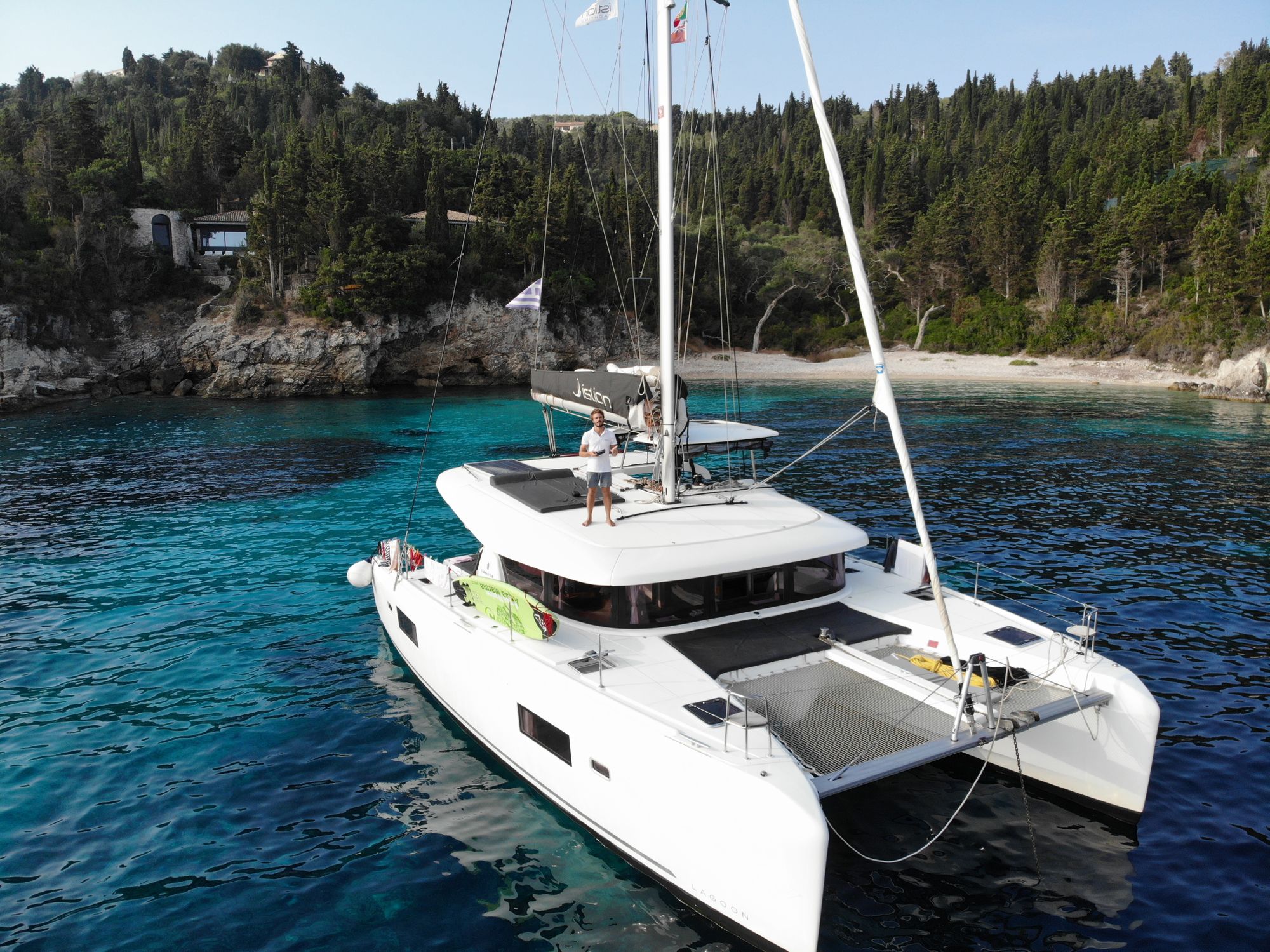 A few of Mendes’ university friends worked in technology, and as he chatted with them, he grew more intrigued. He loved to tinker and build things. Being home-schooled gave him a DIY bent, he says, and the idea of low-code software development, creating websites and apps without formal training, appealed to him.

During breaks between sailing the Caribbean, he started reading Creative Confidence by the founders of IDEO. He signed up for a tech newsletter, The Hustle.  He took a Makerpad No-Code Fundamentals course, which covers basics of low-code tools like Airtable, Notion, Webflow, and Memberstack. After a few months of study, he and his girlfriend designed and built an ecommerce website, Eden Feathers, selling feather hair extensions, a business they cofounded.

Meanwhile, his dad needed to sell a boat. It was a beauty, a 36-foot monohull yacht that he and Mendes’ mom lived on during summers three years in Greece. His dad wanted to avoid a brokers’ fee (which can gobble up as much as 10% of a sale), so he posted the boat on two large Facebook boat sales groups. But the listing got no bites and kept getting buried in the feed.

One base to lift all boats

This sparked an idea for Mendes. He put his low-code skills to work creating a marketplace, Boats By Owners, something of a Craigslist for boats. To create the site, he used Softr, a no-code tool that turns Airtable data into websites or client portals. All the information for the site sits in one base.

When someone wants to list a boat on the site, they fill out an Airtable form with photos of the boat, its price, year, location, and more. He used a built-in Airtable automation to send himself an email each time a new boat is added to the base. He reviews the listing and can approve it right from his phone. He built the entire site in one week and had live listings up within a few days.

Want to get started organizing your business with Airtable? Check out our product catalog template and inventory management template.

If it’s not a sailor’s life for Mendes, what is his dream job? Turns out it’s some version of digital nomadism. It still involves the sea, just not sailing on it as a full-time career. 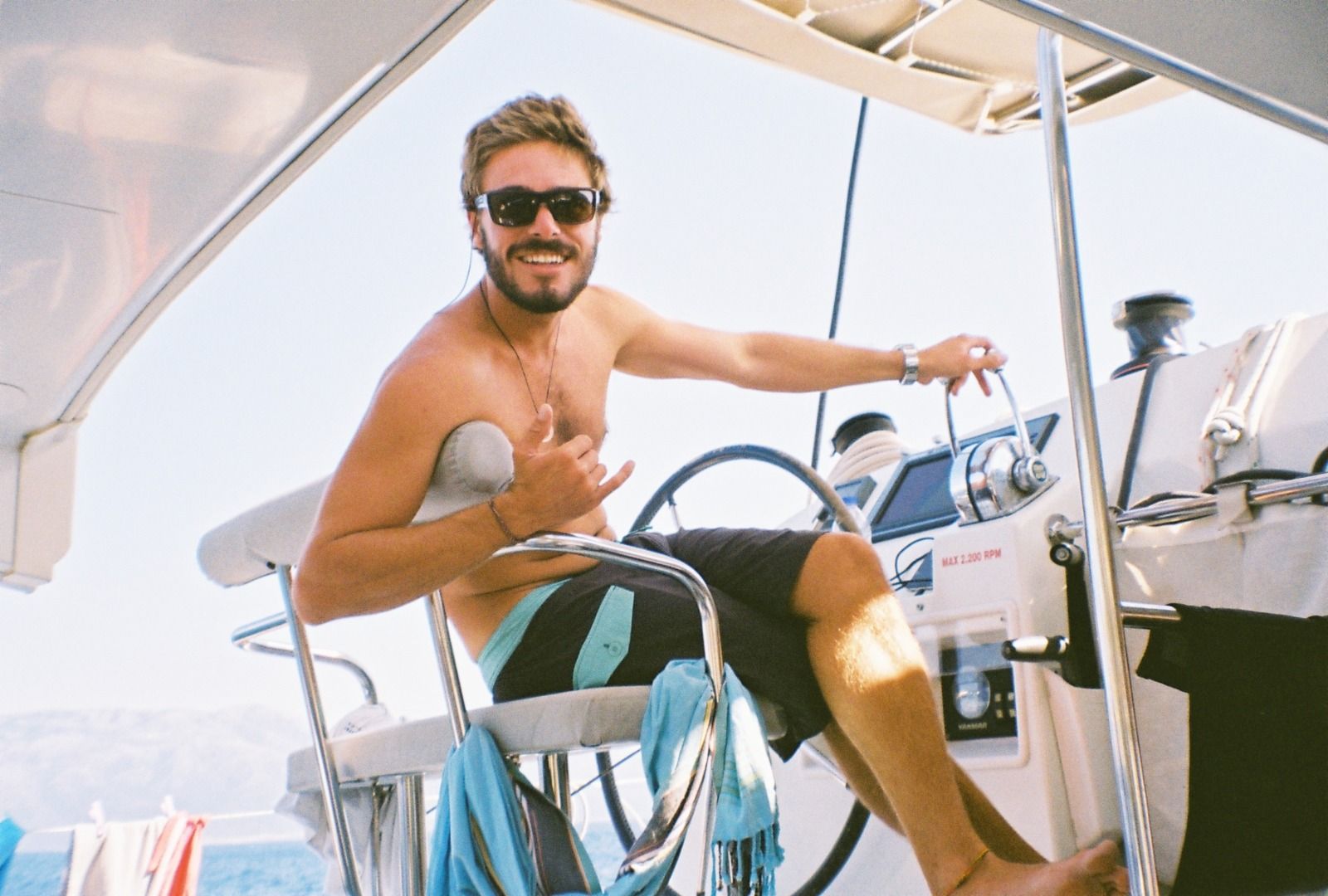 For months, he and his girlfriend have hashed out their vision of making a living online—setting normal working hours, building in time for travel and outdoor activities, and eventually raising enough money to buy their own boat and work from there. “At the end of a day, we want to close the laptops and go for a surf or watch a movie,” he says. “I’m trying to get away from working 24 hours a day.” The pair now call an apartment in Lisbon home.

Until September 2021, Mendes continued picking up skipper gigs to make ends meet. (When we interviewed him, he had just returned from a month in the Greek isles.) He spends around 3-5 hours each week running Boats By Owners, but the website is not yet a money-maker. 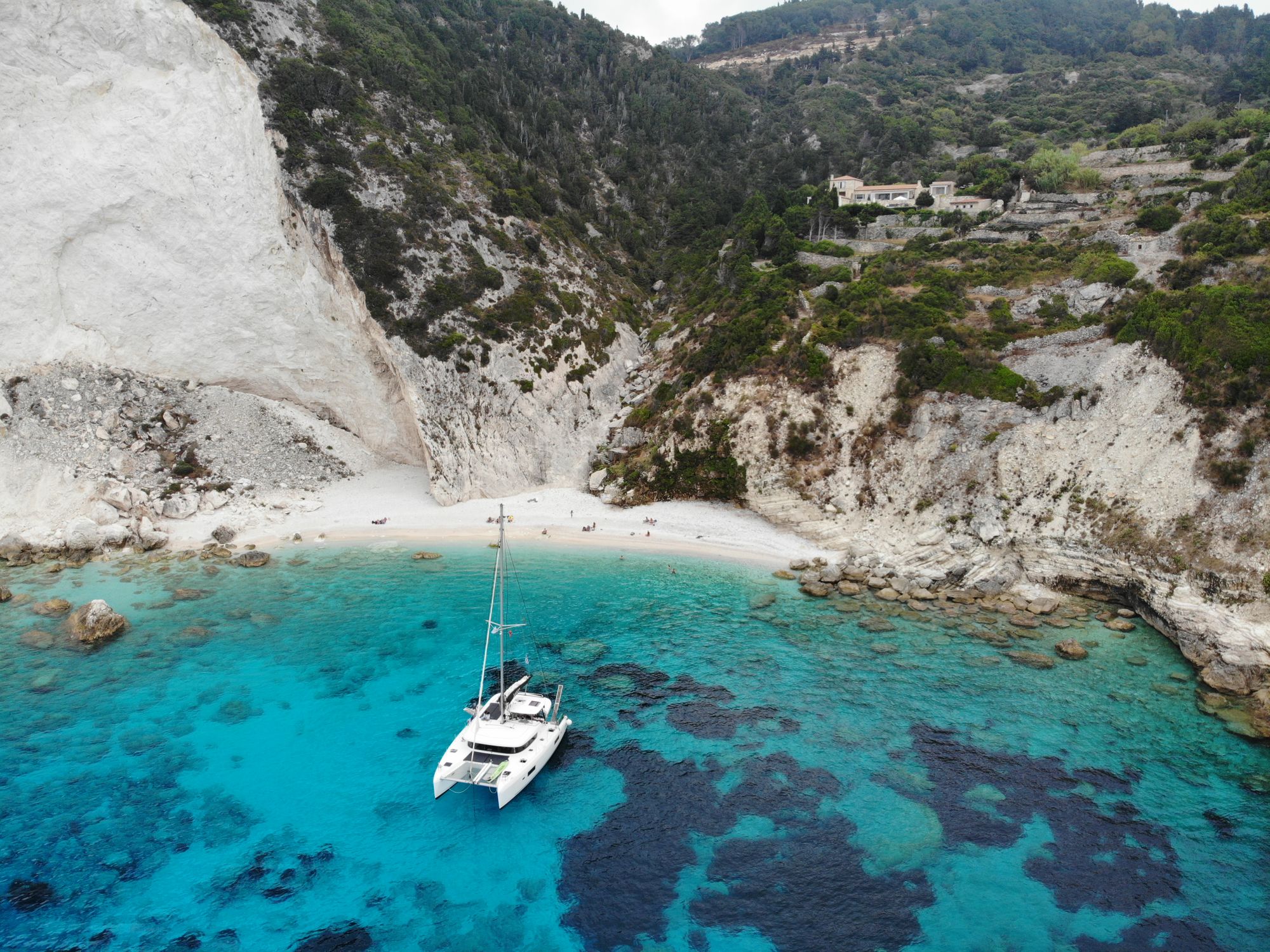 Then, in late September, he had a windfall. On the strength of his two Airtable-backed websites, he landed a part-time developer job at JungleBee, booking software for tours in the Caribbean. The site uses Airtable to run business operations. He’s also partnered with a Lisbon condominium manager to build a Taskrabbit-like marketplace that uses Airtable. Views are Mendes’ favorite Airtable feature, and he frequently builds workflow integrations with Zapier that start with views. Mendes believes venturing further into low-code can streamline even more of his work—through automations and apps. “I love how Airtable works,” he says. “I see the real power of it.”

Did he ever anticipate reversing course from sailing into a tech career? Not at all. “It’s been a journey,” says Mendes. “I wasn’t saying to myself—ok, now I’m going into tech. I just had time to start asking myself bigger questions.”

More for the record
This year, Airtable’s Commemorative Observance team is excited to wrap up Latin & Hispanic Month by sharing the story of one of the amazing organizations out there powered by Airtable: SAP!
Keep these quick tips in mind the next time you set your due date, event time, or launch day.
Power your team with Airtable.