Cute gets a reboot
Sign up for Airtable for free
November 9, 2021
Artists use Airtable to make shrewd decisions inside their “un-cute” company.

Selling goods online is mostly a game of slim margins. Don’t know which of your products generates the most revenue per unit? Your web store might not be open for long.

Now let’s say you want to not only sell goods, but also manufacture them. Count on another layer of complexity. What’s the raw materials cost for a Princess Zelda puppet? What’s a reasonable estimate for taxes, shipping and returns? The list of considerations for small ecommerce and manufacturing companies is long.

While they face tough daily business decisions like these every day, the founders of New York City’s Uncute are having a blast. Last year, Zack Buchman and fellow creatives launched their ecommerce and manufacturing company with this goal: “Make the world less of a hellscape through pure fun.”

A counterintuitive view of cuteness

Uncute’s products include proboscis monkey house slippers, roly-poly bug toys, and plush kittens wrapped up as “purritos”. The items are unquestionably adorable. Teddy bears they are not. Buchman and friends wanted people to ponder “cute” more deeply. “In a world where what’s ‘cute’ has historically excluded people, we’re working toward a future where being uncute is safe, fun, and celebrated,” the company says on its website. 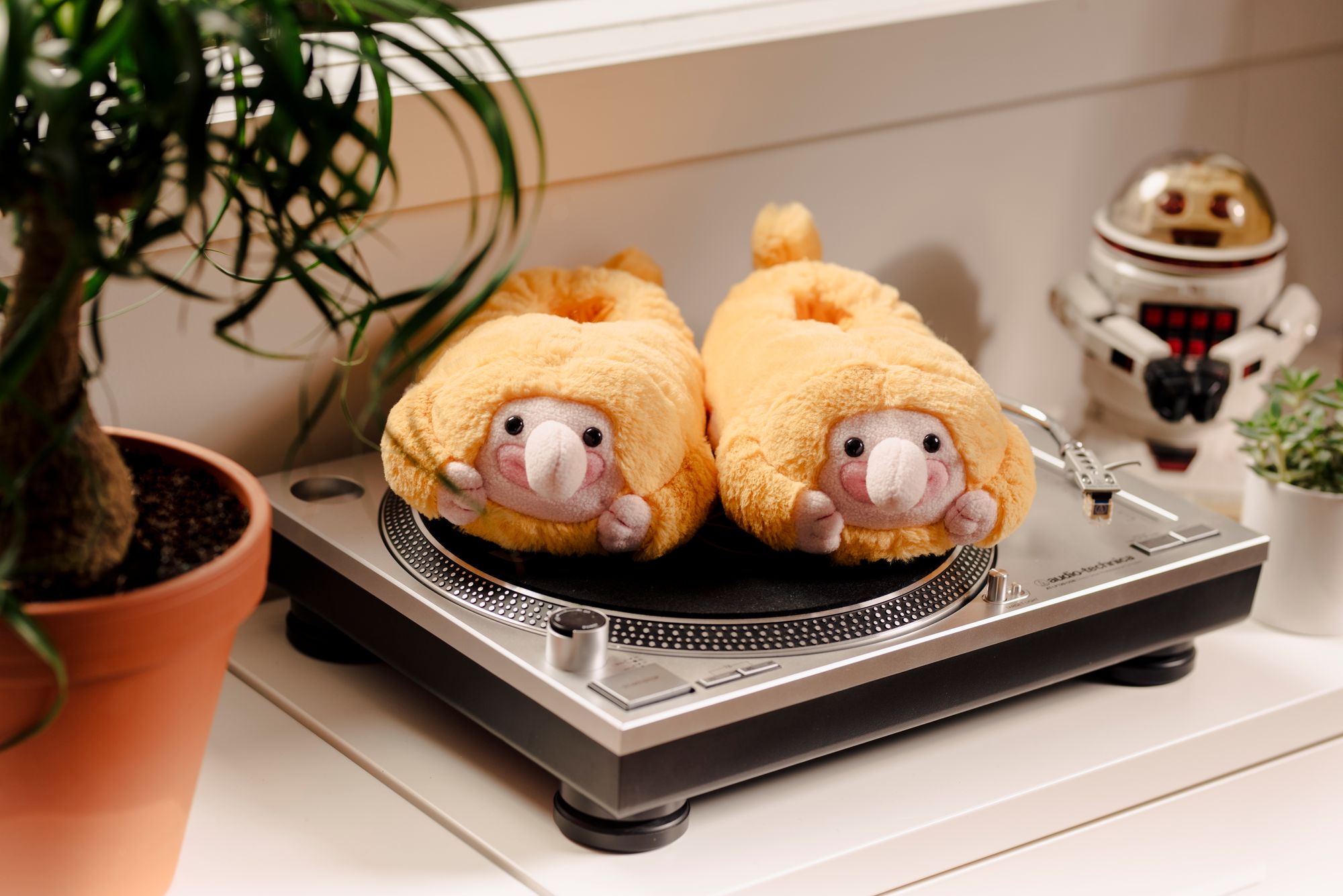 The character that launched the company is a particularly homely sea creature— Blobby the Blobfish, which Buchman and crew conceived as part of a webcomic. When Blobby and Friends took off (the comic has 469,000 Instagram followers), Buchman thought he could build a business around it that would encourage people to think twice about appearances. He was right. 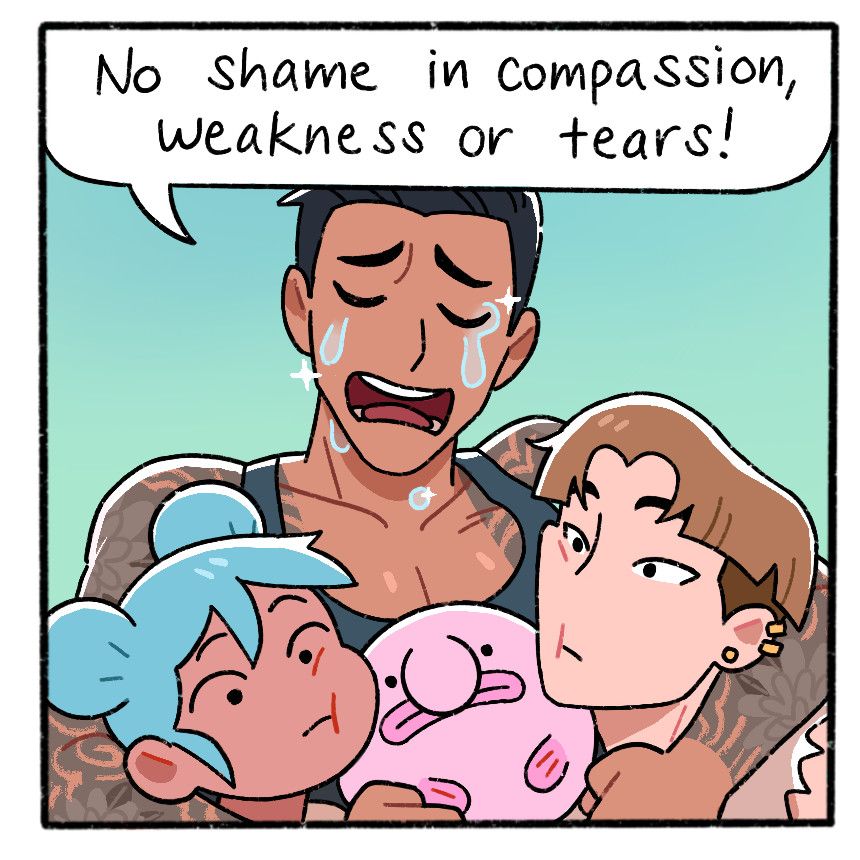 A frame from the webcomic Blobby and Friends, created by Zack Buchman and other artists.

Pulling all the puppet strings

It wasn’t the first ambitious venture for Buchman, an animator and self-taught entrepreneur known for creating zany puppets for brands like Apple, Casper, and Nintendo. For a music video with his last company, Furry Puppet Studio, Buchman created a Chewbacca-like creature that takes a scenic car ride with actor Jon Hamm.

Still, Uncute is Buchman’s first journey into the intricacies of manufacturing and ecommerce. Collaborating with artists and illustrators on designs for quirky items? No problem. Finding companies to manufacture 10,000 of those items is another matter. 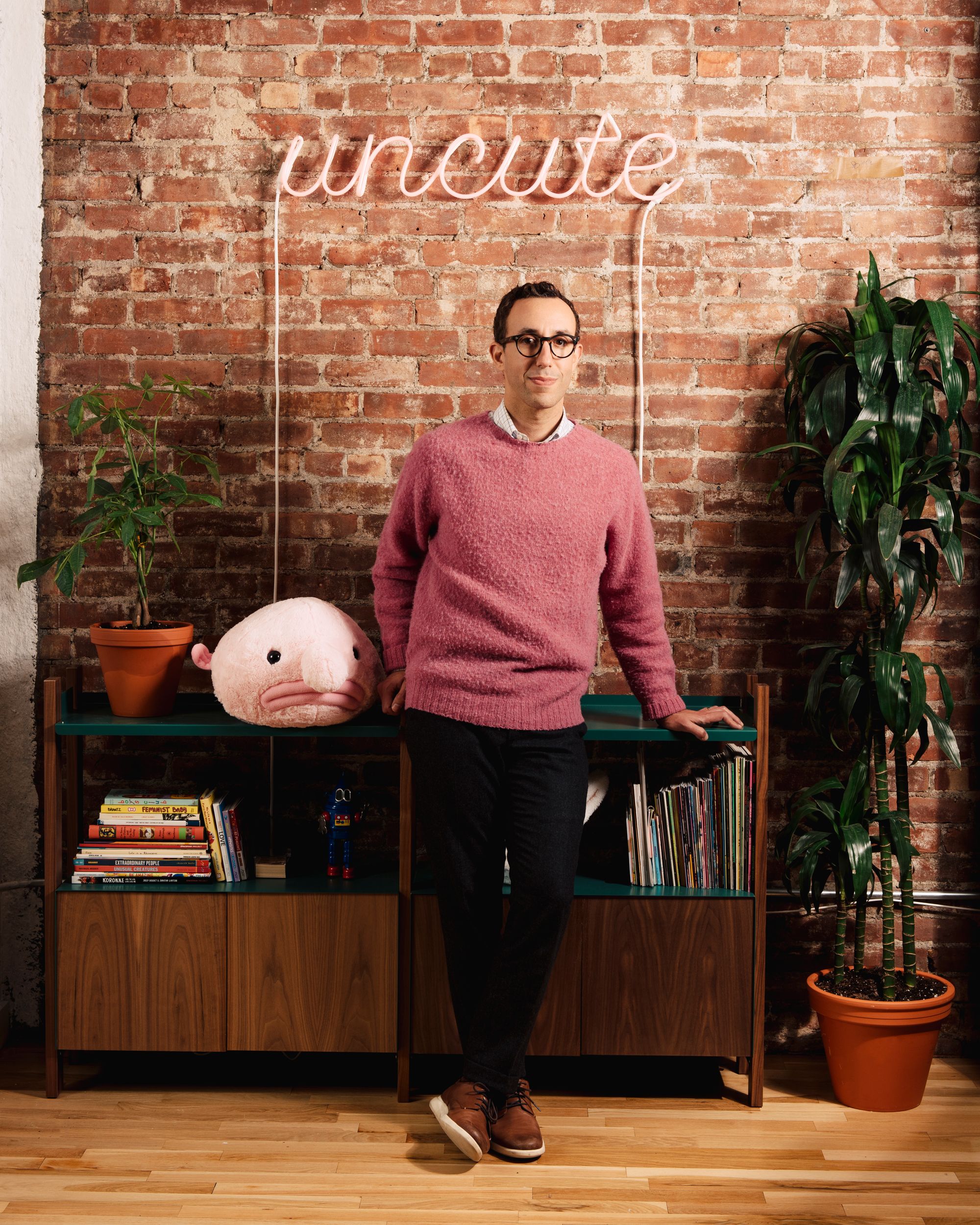 Zack Buchman in his Manhattan studio.

And he kept running into obstacles when it came to managing it all.

In previous years, and at Uncute’s launch, Buchman kept the company’s creative and business projects organized in Excel spreadsheets. He found this “unelegant” and spent hours sorting out errors in the spreadsheets. Next, he landed on a project-management tool, Notion, which he also felt was limiting. The formulas weren’t sophisticated enough. His staff created pages for tasks, then got confused by separate task lists. No one seemed to have control over files, and things got deleted accidentally.  “Notion is a mess for creative work,” he says. “It was never clear who’s responsible for what. I ended up doing things manually anyway.” 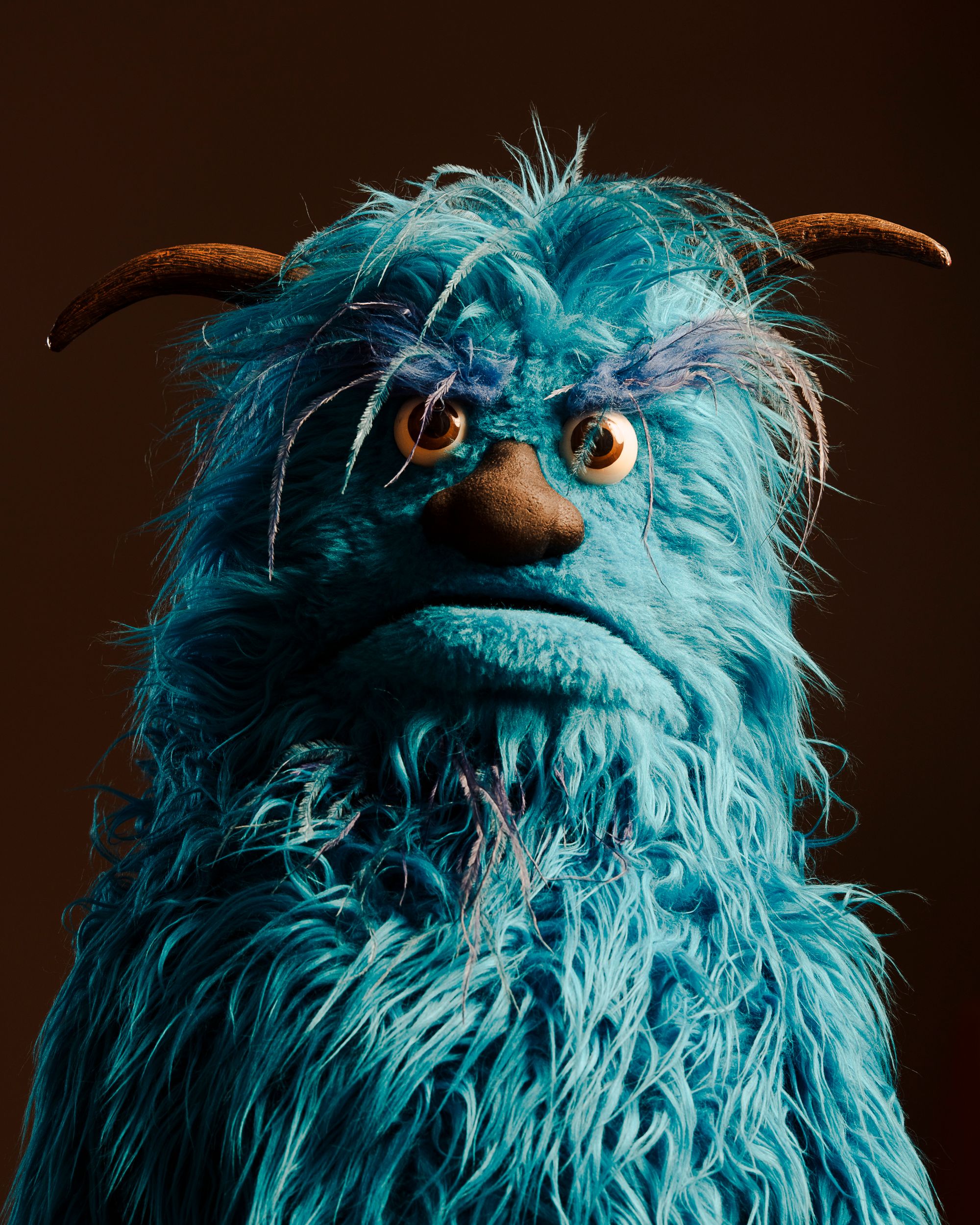 How a small staff streamlines work

Buchman needed two things to run his company well: first, to organize creative processes like reviewing drawings and product sketches, and second, to size up the profitability of new products. For example, how profitable was it to manufacture Blobby the Blobfish socks? If the cost of unbranded socks is $4, and embroidering Blobby onto a pair costs $2, how much should he charge for the socks in his online store? The answer involves tracking price bids from a range of manufacturers, then accounting for fees like licensing and royalties, tests, and inspections, among others.

Buchman landed on Airtable after a quick Google search and realized he could do all of these things in a base. Tinkering with Airtable for a while, he found it easy and intuitive, and he could share views of projects with his team. An artist at heart, he wanted to keep things organized, but he didn’t want software that would kill his creative vibe.

“Airtable has an interface that steers you in the right direction toward order and insight, but it’s also very playful,”  Buchman says. “It’s fun to use.”

Airtable has an interface that steers you in the right direction toward order and insight, but it's also very playful.

He could also instantly see which products made business sense and which didn’t.

In his manufacturing operations base, Buchman tracks metrics for each product, like quantities, cost per unit, and the manufacturer that’s made the most competitive bid on creating it. Then, he uses an Airtable formula to give him critical pieces of information: What are the profit margins? How does the product break down on a wholesale and retail basis? These are key because they tell Buchman whether to make the product at all, and if so, where and how to sell the item—to the public through his website or in some other setting.

If he decides a product is a good business bet and gives it the green light, Airtable also lets him map out and track his production timeline. He can see, for example, whether the order will ship by its goal date; whether all dyes, fabrics and other materials have been tested; whether his overseas team has sent a sample product back to Buchman for a quality check; and the status of each product batch and its location.

Buchman set up an integration with the ecommerce platform Shopify that lets him see exactly how many units have sold and how many are still available. This helps him decide quickly which products to promote on social media, and when to re-start the manufacturing cycle when popular products are running out.

Next he began using Airtable to track work orders and invoices, sharing specific views with manufacturers and shipping companies. He created a view in the base that lets him monitor things like packaging design styles and box types, for example. The system upped his team’s efficiency on every front. After a few months, he significantly increased his bottom line.

“In six months, my company at least doubled the amount of income we can make,”  Buchman says. “It was incredible. There’s no tool I have that empowers me the way Airtable does.”

In six months, my company at least doubled the amount of income we can make.

Today, Buchman runs production for his whole operation in two Airtable bases, one that manages creative review for his webcomics and social media, and another for overseeing manufacturing. He says Airtable lets his scrappy crew of 6 comic-book collaborators, plus a few full-time staffers, see everything in one place and handle the work of a much larger team.

“The alternative is essentially a million documents and a team of people who have all this information scattered,” he says. 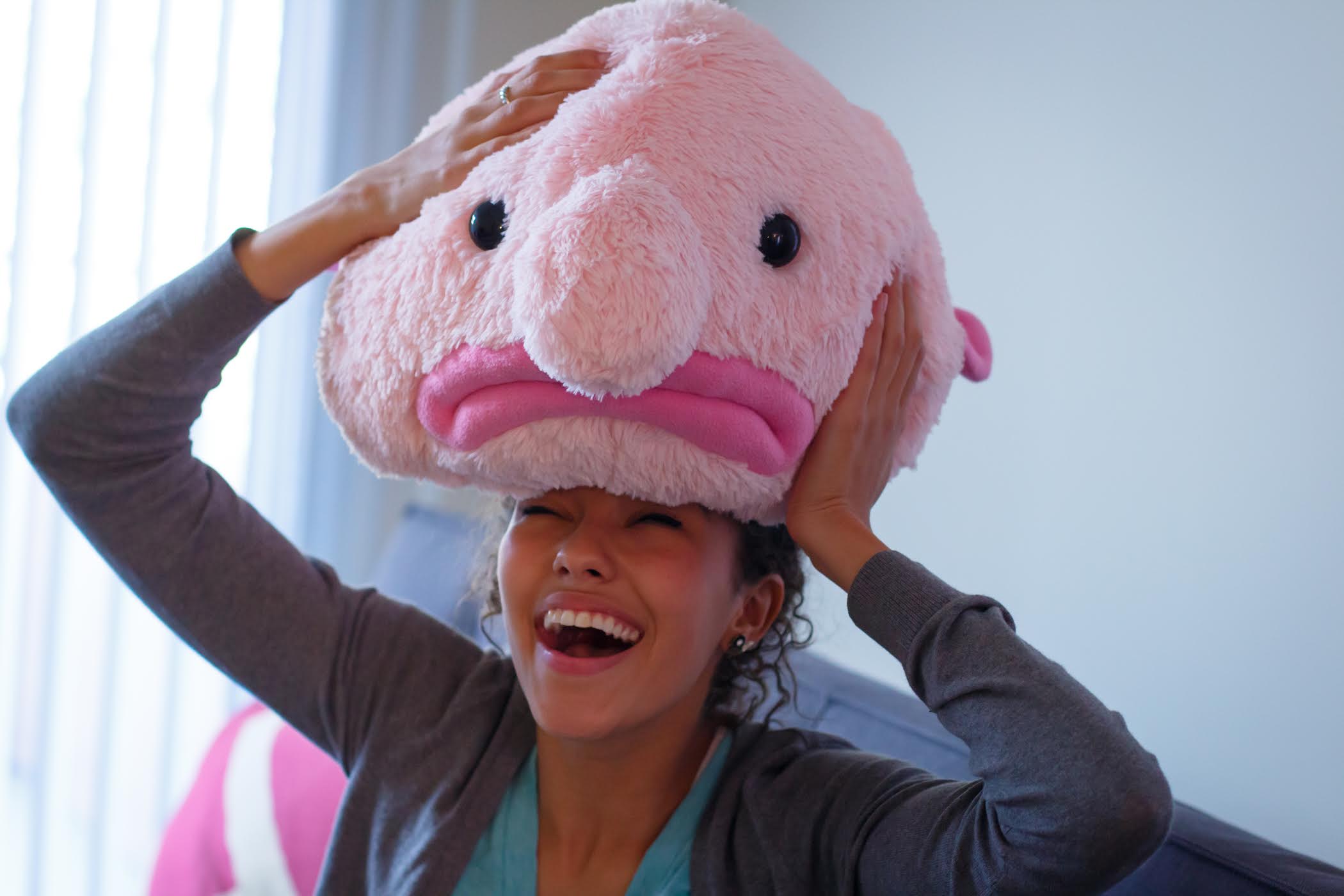 Never short on new ideas, Buchman believes Airtable can help him with future projects. Uncute is designing a new line of dolls to support kids who are differently abled, for example. And he’s gotten nonprofit status for his Uncute Initiative, which sends proceeds from Uncute sales to organizations that help homeless and runaway youth.

“Airtable makes scaling things up fun and satisfying,” he says. “We’re going to do things better inside our company and make the world a better place along the way.”

More for the record
Create interactive applications, unlock power for the enterprise, and more.
Today we’re introducing Interface Designer: our new offering to create complete and customized applications with Airtable.
Power your team with Airtable.