How to use Airtable to untangle supply chains
Sign up for Airtable for free
November 3, 2022
A nimble robotics company replaces parts faster and cut its build time in half.

It’s not every day that you get to design and build a full-scale manufacturing operation from scratch.

That’s exactly what’s happening at Path Robotics, a 210-person Ohio company that makes autonomous robotic welding machines. Path’s robots can be as big as a house, and they produce mammoth welded objects like utility poles and the chassis of semi-trucks. Deploying such robots helps industrial manufacturers with a major supply chain problem: a shortage of skilled welders.

But building giant robots presents a supply chain challenge in itself, one that Airtable helps the company solve.

“We were talking to people about their supply chain issues while trying to solve our own supply chain issues,” says Path’s Director of Business Intelligence Rachel Lien, who spent years working in finance at global manufacturer Procter & Gamble. 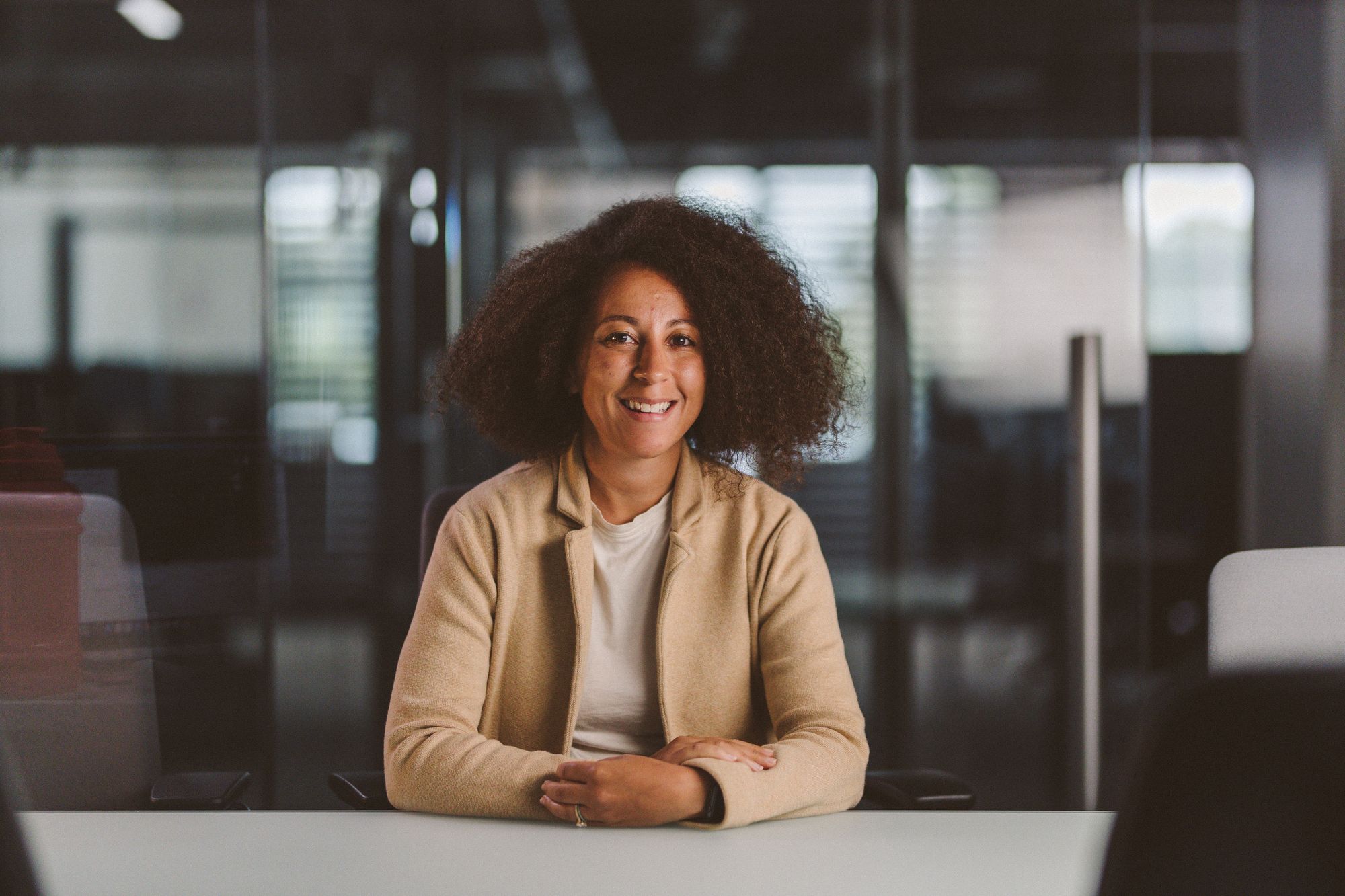 “Airtable can do almost anything. We now have one source of truth,” says Rachel Lien, Director of Business Intelligence at Path Robotics.

The brainchild of engineering PhDs, Path Robotics uses a number of tech innovations literally on the cutting edge. When welding a car part, for example, Path robots use AI and computer vision to make a 3D model of the part. Then they position the parts with such precision that it minimizes welding errors and shaves down the time needed to produce finished goods.

“Airtable can do almost anything,” says Lien. “We now have one source of truth.” 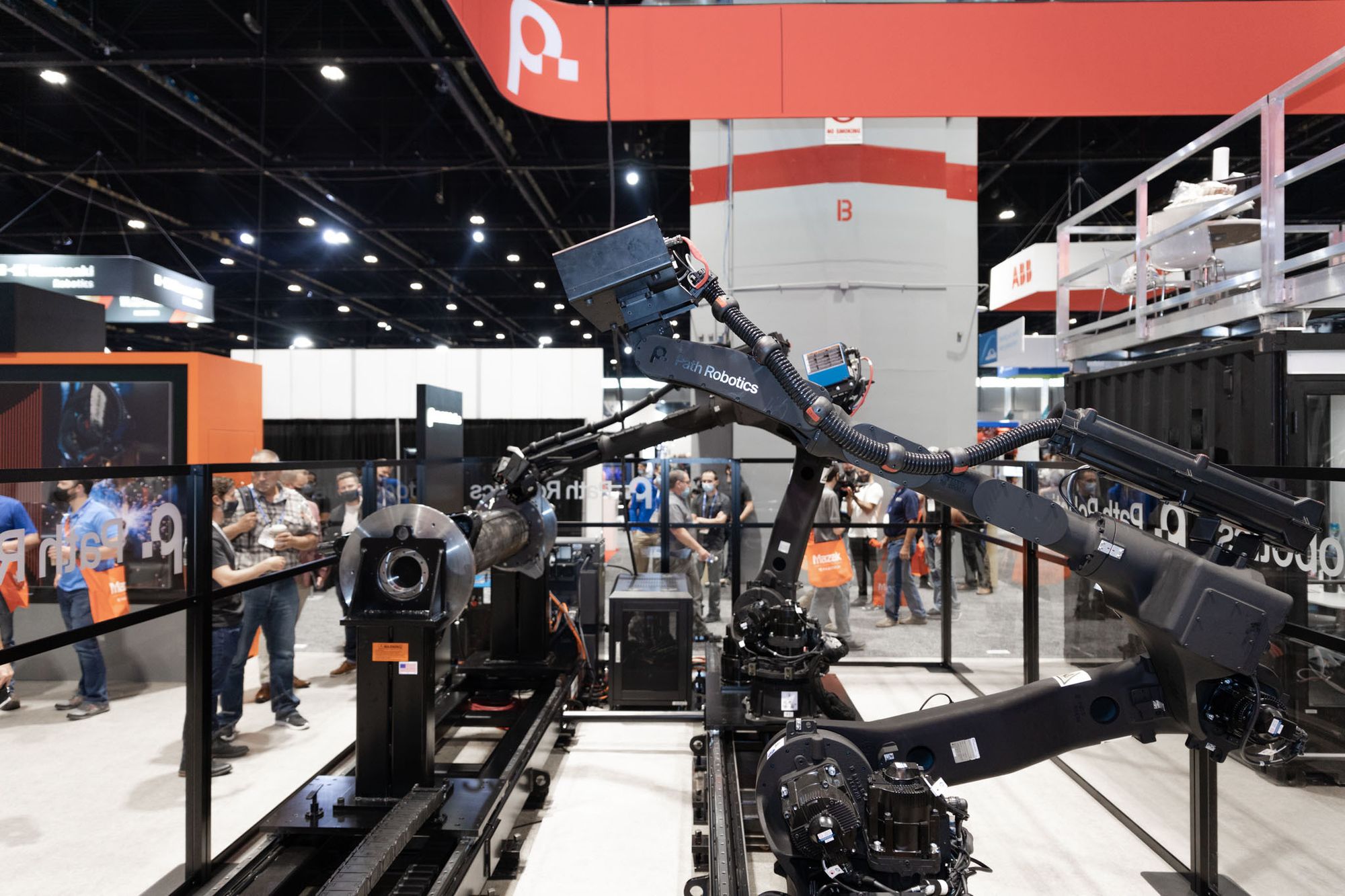 Pedal to the metal

In the United States, welding as a vocation could be in trouble. Industry groups are projecting a shortage of nearly 400,000 welders by the year 2026. And the problem is unlikely to get better anytime soon: the Bureau of Labor Statistics says welders, cutters, solderers, and brazers as a category have limited growth potential and a worrisome outlook as older workers continue to retire.

It’s just one more aspect of an infinitely complex supply chain morass, which took center stage in 2020 and left consumers around the globe waiting months for essential supplies.

Path’s answer to this urgent problem: send in the robots.

When Lien joined the company two years ago, Path Robotics was managing most operations with a combination of spreadsheets, Google docs, and information inside technicians’ heads.

“There were 10 different ‘missing parts’ spreadsheets that all conflicted,” she says.

Her team of six knew there had to be a better way. Lien’s boss at Path had heard about Airtable and was open to running experiments.

So Lien’s team gathered several internal groups to sketch out the process and timeline for building robot welders. Welding equipment is housed inside a larger structure, a “cell.” 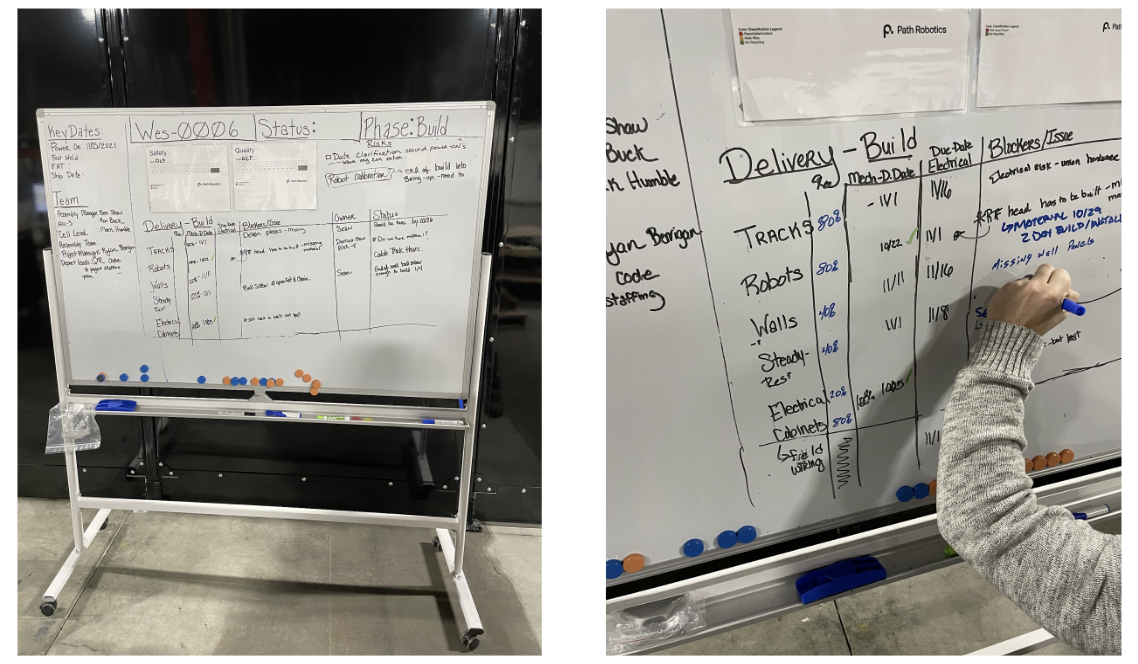 Inside that cell you’ll find heavy machinery like cameras, sensors, robotic arms, and torches that fuse metal together according to precise instructions. The machinery requires hundreds of specialty parts to function, so for many client engagements, Path Robotics is essentially building a highly customized cell.

Path designed a system in an Airtable base that lets them identify building tasks, along with risks and blockers. How many parts does Path already have in-house, vs. parts it needs to order?

Before Airtable, supply chain problems mostly spread by word of mouth around the company, says Lien. In an Airtable base, the lead supply chain officer could suddenly see the extent of the problem—that one missing part was a daily issue, or kept popping up over time, meaning Path needed to find a new vendor.

“Escalating blockers has been the number one thing for us,” Lien says, noting that this increased visibility has helped the company cut its cell-building timelines by 50%.

Path started using Airtable bases to track project status in daily standups on the shop floor at its manufacturing facility in Columbus.

But Lien realized not everyone wanted or needed as much information as was in each base. Some employees were overwhelmed seeing rows of data they didn’t need. Her team built a series of interfaces with special permissions to show managers and technicians only those projects or metrics that were relevant to them. 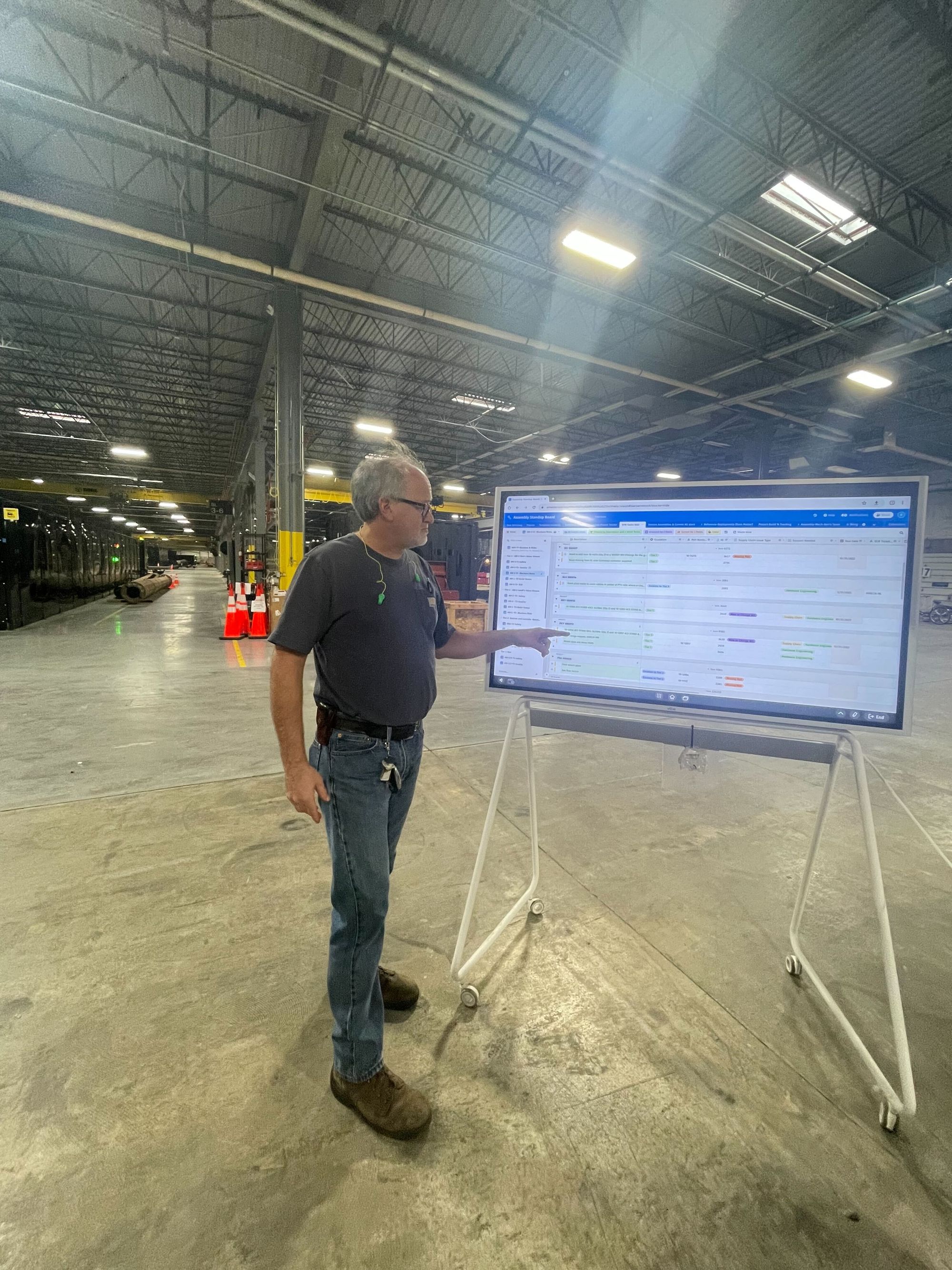 “When interfaces rolled out, our prayers were answered,” Lien says.

Connecting data from other systems

As months went by an more teams started using Airtable, Path’s software engineers added another wrinkle: they wanted to continue working in software they were familiar with, like the bug-tracking platform JIRA.

No problem. Path’s business intelligence team synced records with JIRA, allowing that team to continue with business as usual.

“Our linking of records in bases is huge,” she says. “We can build a process for each team and then connect everything in Airtable.”

“We can build a process for each team and then connect everything in Airtable." – Rachel Lien

Business intelligence staff now use an Airtable form as an intake tool for internal projects. Engineers and others chat in Airtable about the feasibility of taking on those new efforts, like building customer health dashboards, fixing bugs, and reporting on safety processes. It helps Lien make resource allocation decisions and the team streamline the managing of projects.

In just a year’s time, Airtable has become a kind of connective tissue between Path’s business operation and its robotics assembly, with interfaces showing executives progress and performance.

“It’s a blessing and a curse designing your own manufacturing process,” says Lien, who notes that plenty of her Airtable experiments failed, though she’s got plenty more in the works. “I love Airtable. I’m obsessed with it.”

More for the record
Learn how the team uses Airtable automations to manage roadmap communications at scale.
A more elegant, dynamic, and secure way to create apps.
Power your team with Airtable.