How the Mingei Museum moved 26,000 pieces of art (without a hitch)
Sign up for Airtable for free
March 14, 2019
Faced with the monumental task of relocating their entire catalog, The Mingei International Museum took a tech-centric approach.

Pick up any art magazine published in the last decade and you’ll see articles discussing the intersection of art and technology. From a purely subjective perspective, it’s useful. It shelters artists who are uncomfortable under the tent of “conceptual art.” It suggests a cutting-edge approach, while terms like “media” might include relatively older gadgetry, like video art.

Technology has also radically altered the way we interact with art. Social media has provided a new platform for discovery. Savvy dealers and gallerists use online and social media as a means create a direct connection to prospective collectors. This gives galleries the ability to reach beyond their walls and showcase work remotely.

For all the advances in recent years though, it’s easy to understand why a field like art, which prizes expression and preservation over the ephemeral and efficient, might be reluctant to embrace technological change. But there are bigger, more practical reasons galleries struggle. Technology sometimes fails to deliver a personal connection and experience, despite its many promises. Then there’s the sheer physicality of artwork: it’s cumbersome to deal with. It defies easy digital solutions.

The Mingei International Museum in San Diego confronted these issues head on when they renovated their Balboa Park space earlier this year. They had to rehouse their entire collection in the process. “It was such an intensely monumental task that the people who were taking it on literally didn’t know where to start,” Alexis O’Banion, Creative Director & Technology Strategist of The Mingei International Museum recalls. “There was a lot of ‘What is this thing?’ We hadn’t done a thorough housekeeping in quite a while.”

The Mingei’s collection is a singular mix of decorative art and functional objects from across the ages, and around the globe. It’s a unique place, housing mid-century modern marvels alongside contemporary African masks and 13th century manuscripts. The collection comprises 26,000 objects of high art, all of which were designed with a functional purpose. 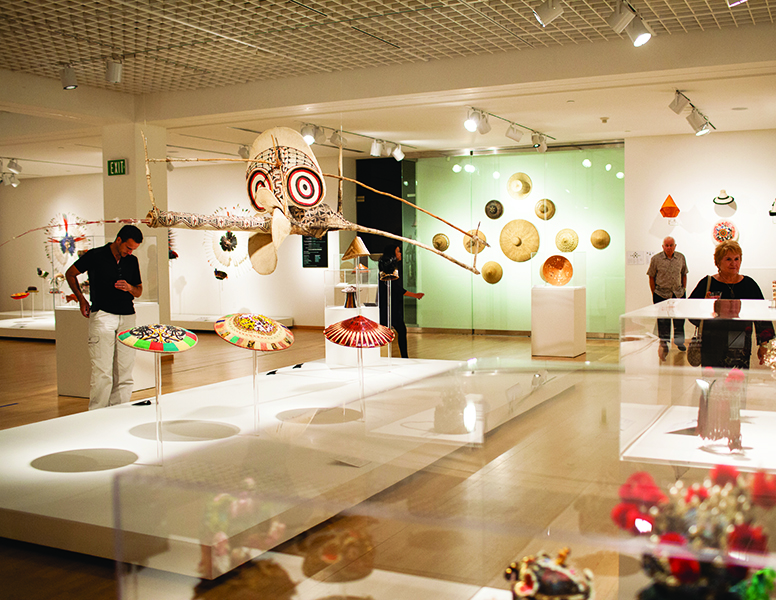 Mingei International Museum is dedicated to furthering the understanding of art of the people from all eras and cultures of the world.

The task of moving and tracking this type of collection is no small feat when time isn’t critical. Not to mention, Mingei’s old inventory system was an outdated database that made everyday work a challenge. “There was no remote capability, no API,” O’Banion explains. “You had to be on a desktop to use it.”

The logistics for the project were further complicated by having to accommodate multiple stakeholders on different teams. O’Banion summarizes how a museum works: “Everything kind of is around an exhibition. You market it, you create programming around it, you use it to sell memberships. Everybody has their jobs to do, but it all relates to one big project.” 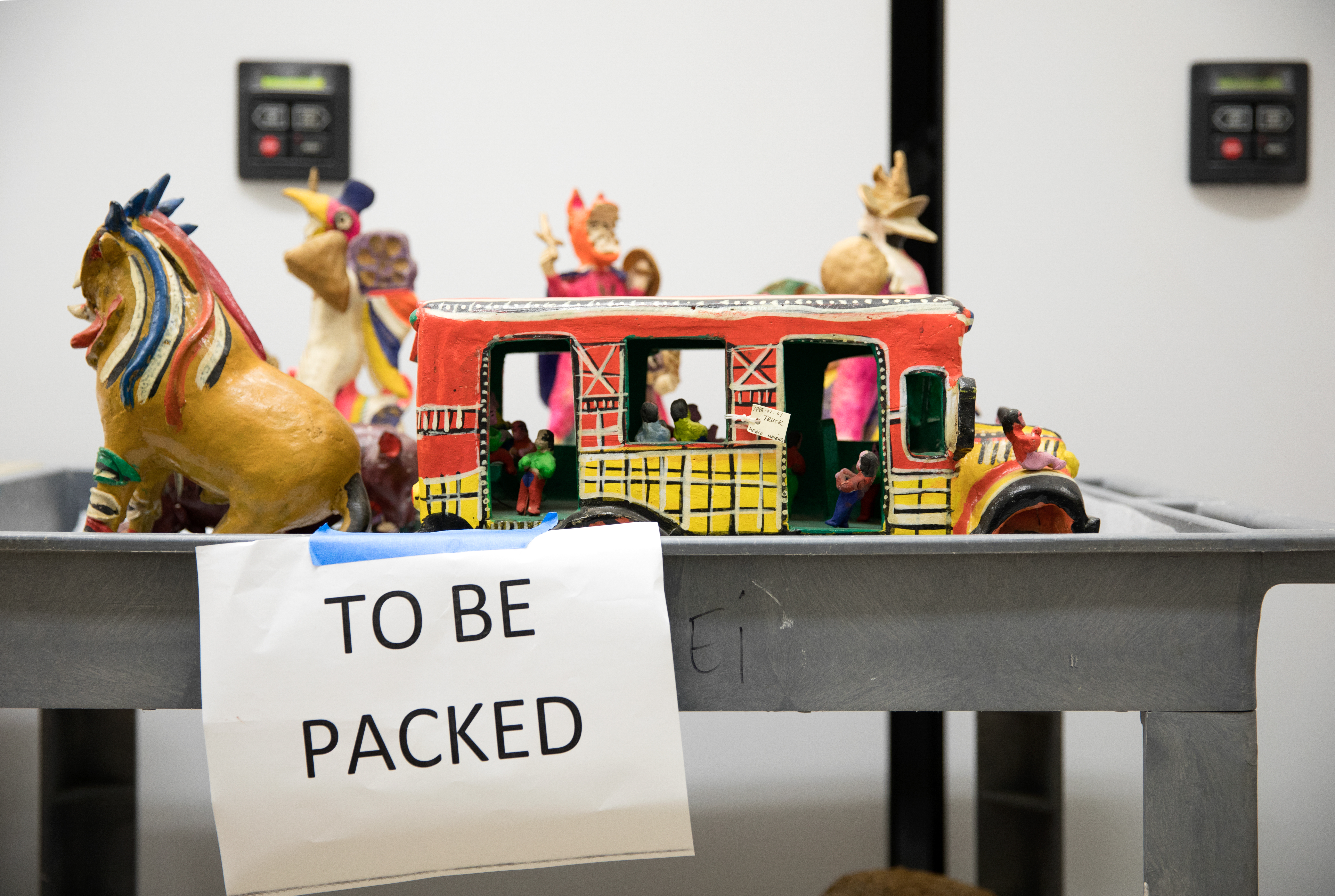 Because so much of the work occurred away from the desk, the team needed a system with a mobile solution.

The museum needed a barcode system for tracking the movement of objects, all of which had to be packaged in different ways. As O’Banion recalls, “We had to create labels for the boxes that the objects were going in. One box could probably hold three or four objects depending on the size. Some objects were crated separately. You had the object, then you had a container, then you had a crate or pallet. These objects were kind of nested inside of their vessels.”

What’s more, every time an artwork is moved, a record has to be kept of the physical state the object is in, a process known as conditioning. “Any time that an object is packed, no matter if we are loaning something or storing it, we need to condition it. Another museum will condition when they get it, and then condition it again when it goes off view. We needed a way to quickly condition an object, label it, package it, and then crate it. Times 26,000 objects.”

The team needed a tool which that could be used remotely in their storage room, on a phone or tablet, which was robust and flexible enough to meet their own specific requirements, and which could be used by everyone on their team. Airtable was the solution—it allowed The Mingei to track the movements and condition of every object, every step of the way.

The approach was so impressive that they received a grant from the Institute of Museum and Library Services. “It’s a really big deal in the museum community,” O’Banion says. “They were the first ones to fund people digitizing their collections. They don’t really do that anymore, unless you’re doing it in a way that’s game changing.” 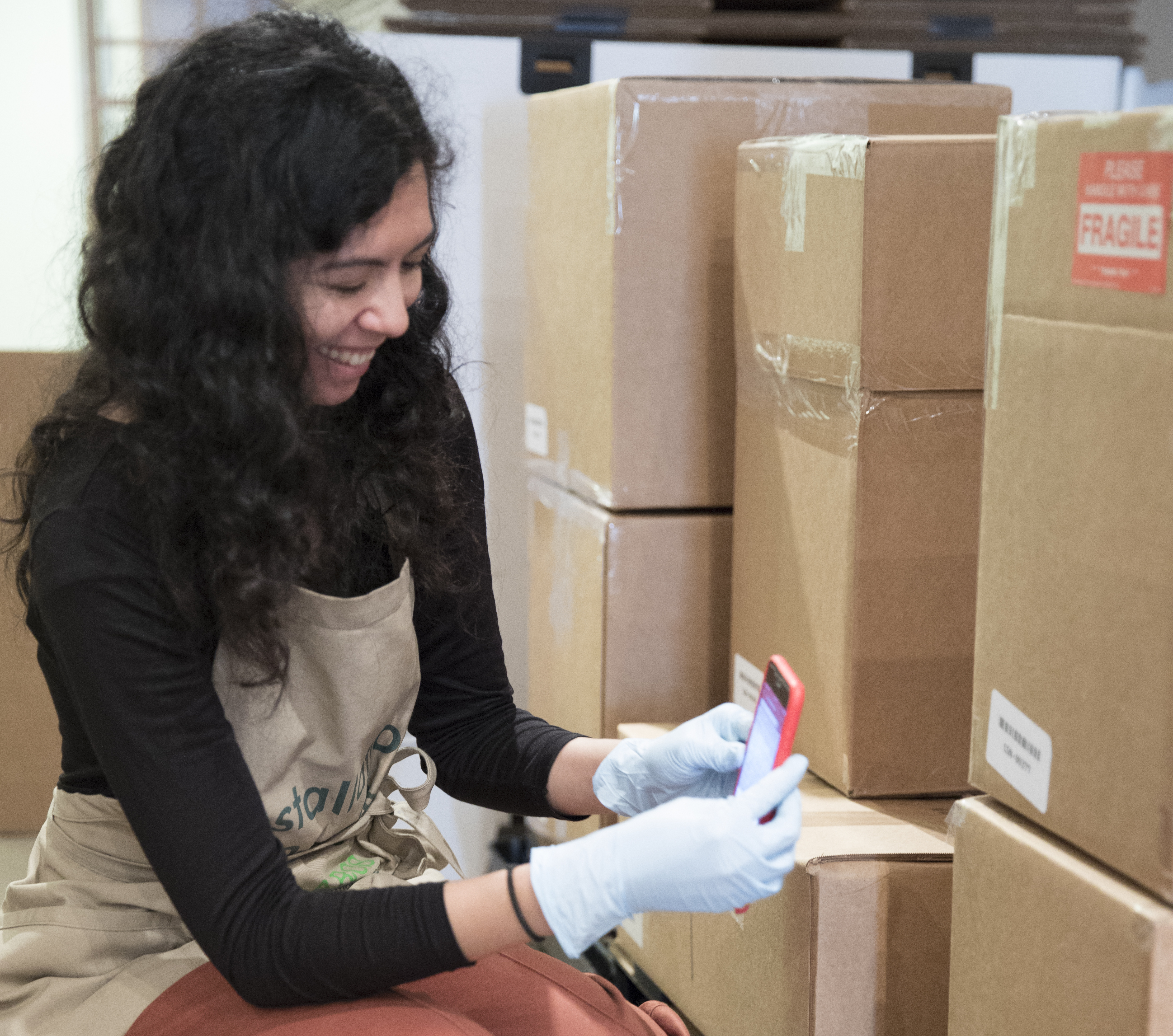 The IMLS grant came with a warning that what the Mingei was attempting was a huge undertaking, and that the funds might not be sufficient. As O’Banion recalls, “They said, don’t be discouraged if you don’t accomplish it. And that was all I needed to motivate the notion that not only are we going to accomplish it, but we’re going to accomplish it like it’s no big deal.”

Airtable wasn’t the first choice. O’Banion had tried other tools, but the exclusion of non-technical staff in a project or process is antithetical to the way a museum needs to function. “Any time we introduce new technology to our group,” O’Banion says, “It has to be really easy to understand and catch onto. It has to be very accessible. Anything that needs intense training is just not going to fly because we have really lean resources.”

Airtable proved easy for the entire team to master. “It was just starting from a spreadsheet. Starting from a spreadsheet is great because everybody knows what it is and knows basically how it works.” And with the ease of Airtable, the use multiplied. “I think it inspired our team to realize, “Hey, this is a really flexible tool. It’s not just something that the design department can use to track their projects. We can literally move a collection with it. We can track our events with it. We can make it do whatever we want.” The Mingei Museum was able to not only move their whole collection on schedule, but did managed it seamlessly with Airtable.

If there’s a particular synergy between The Mingei Museum’s and Airtable, it relates to their philosophy. As O'Banion put it, “Function and beauty are interchangeable, in a way. Our Museum celebrates beautiful, functional well-designed objects and we treat them as fine art. A well-designed piece of furniture, a beautifully woven textile, a well-crafted piece of jewelry has just as much artistic merit as a painting. An Eames lounger is just as valuable as a Monet, and in fact, even more so because you can sit on it and it's comfortable.”

But a product is only as good as the results it allows users to achieve. And the results? “We can literally see how many weeks it took us to pack certain objects, and there’s a graph week-by-week of how many objects are packed in a week. You can see some weeks they packed close to 4,000 objects. You can also see by color, which person was doing the packing. It was just this really cool way to see the number always ticking up. Even our director commented, ‘Oh, looks like we packed 10,000 more objects this week.’”

O'Banion firmly believes the Airtable made the success of the move possible. “We thought we'd be up to the last minute, the last possible day moving things,” she admitted. 'Because we were using Airtable, the efficiency just went off the charts.”

“We literally moved every single object in our collection, we know exactly where it is, and it’s going to be something that we’re going to be using for years. Years.”

The Mingei has officially embarked on the major renovation of the Balboa Park building. Looking ahead, the team plans to use Airtable to redesign their website as well a build a CMS, using the API to ship changes made in Airtable directly to the site.

Sign up for Airtable for free
More for the record
New York City Ballet continues to push creative boundaries, staging more than 60 ballets a year at Lincoln Center, many of which are new commissions.
Refine your forms even further by limiting what the people filling them out can see.
Power your team with Airtable.