Composing a tour schedule in Airtable
Sign up for Airtable for free
July 21, 2016
How to plan an entire tour's worth of shows in Airtable.

Indie rockers Carbon Leaf have been performing together for over 20 years. They started out as a cover band in 1992, playing classic rock standards at college events. Over time, though, their honed their musical skills and developed their signature style, which incorporates Celtic, bluegrass, and folk influences. When they got signed to a record label, they thought that all of their hard work had paid off, and that they’d finally made it in the industry. But as it turns out, “making it” isn’t all it’s cracked up to be — working with their record label strained their finances and frustrated their artistic visions. So Carbon Leaf quit the label and went independent again. Nowadays, they’re reveling in the freedom provided by sidestepping traditional recording industry practices.

However, it’s far from easy to build and maintain a career as an independent band. The band members have had to become experts on all the aspects of running a band that are usually handled by management companies, like production and promotion. Their continued success is in no small part due to their scrappiness and willingness to get their hands dirty. “I can’t thoroughly lead and delegate if I don’t have a working knowledge of all of the parts that need advisement,” says Barry Privett, lead singer of Carbon Leaf.

Take scheduling tours, for example: when coordinating an entire tour’s worth of shows, each show has an associated date, time, venue, point of contact, and contract that needs to be taken into account. It’s imperative that each show be scheduled with consideration given to how it fits into the entire tour, so coordinating all of the dates is a laborious process. “Putting together 100 dates is a six- to eight-week process via phone and email to hone in on the dates you want,” says Privett. “And if one city changes, then that could affect the other dates around the other cities you have.”

Inspired by our friends at Carbon Leaf (read their story here), we put together a sample tour template for a band. Though it’s not their template (they can’t spill the beans on their next tour quite yet), the organization of tables — to collect information on events, venues, and contacts — can help any musician, from an aspiring DJ to stars like Carbon Leaf, pull off a tour with ease. 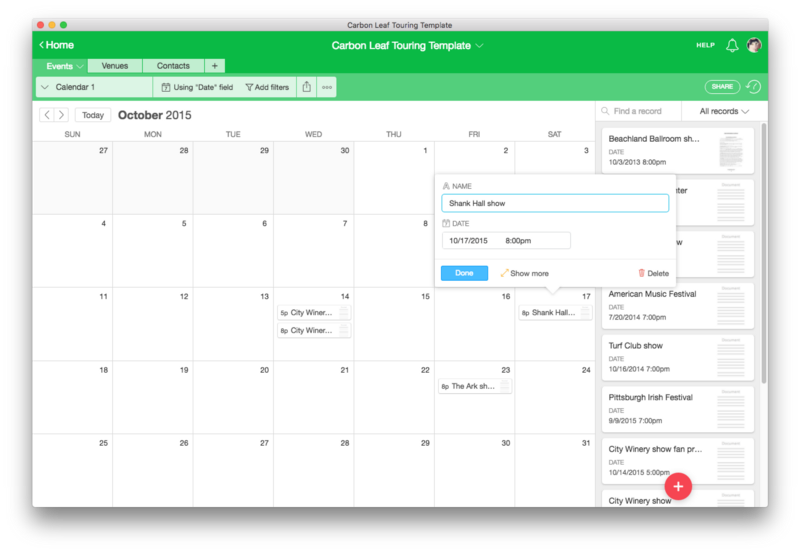 Show records can be viewed on a calendar, which makes it easy to see how all the shows are scheduled relative to one another. 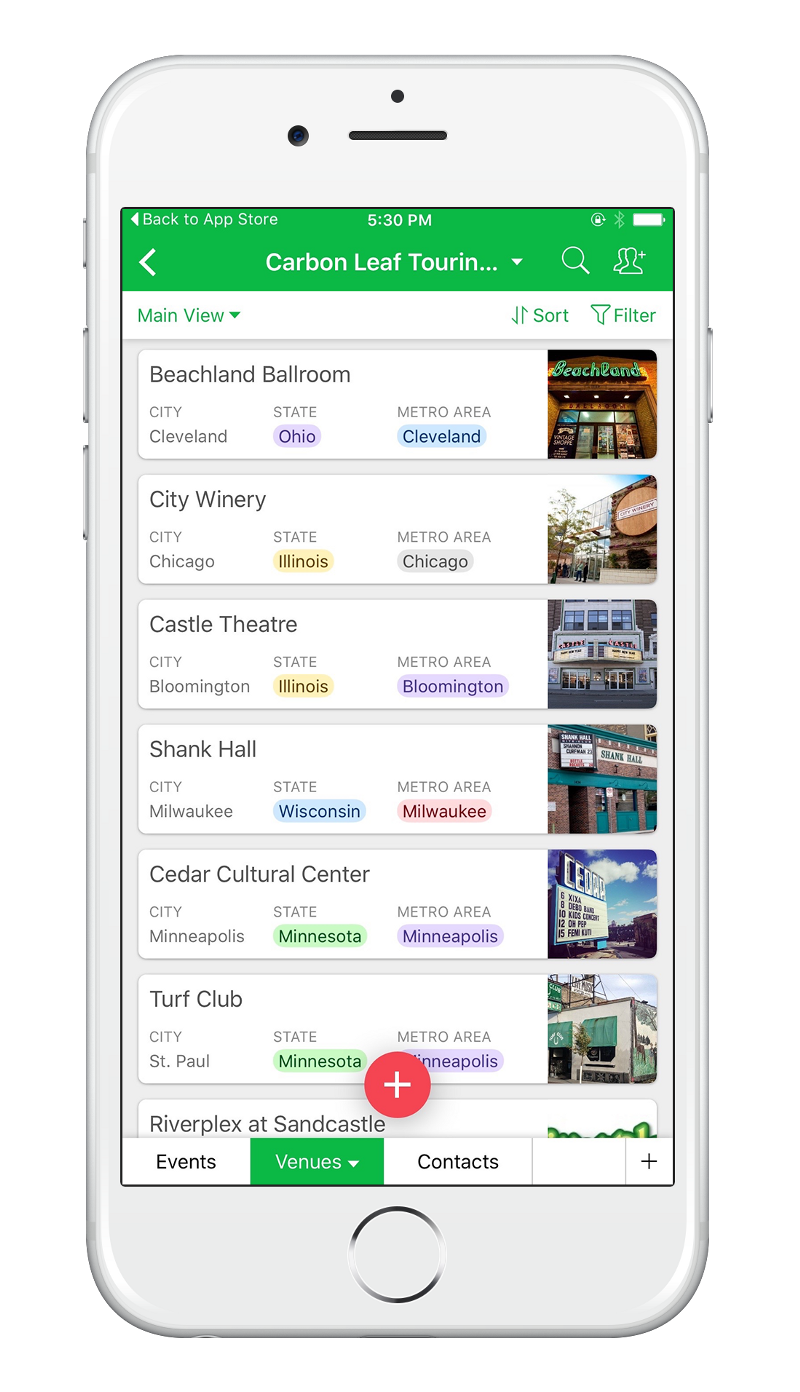 With Airtable’s mobile app, it’s easy to pull up information about different shows, venues, and contacts on the go.

This template shows just one way to organize a tour schedule. Feel free to download a copy and customize it to fit your own needs!

More for the record
How artist Kim Holleman uses Airtable to reimagine school interiors.
Launching the Airtable iPad app, now available in the App Store.
Power your team with Airtable.